Issue 73 of Marvel’s Transformers is here. Thankfully it’s not an issue were I am upset how these Neo-Knights were used. Still very touchy from my point of view. More on that below. So, before we get into the review lets check out this cover. 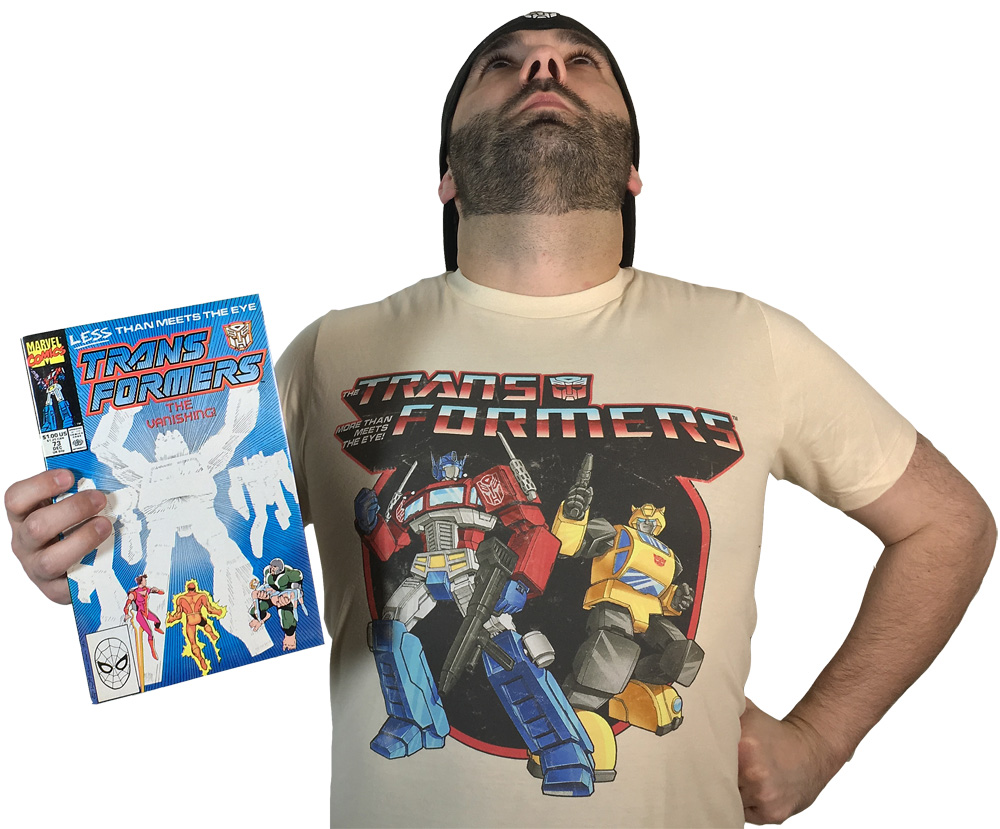 The light blue cover to issue 73 depicts an all white Powermaster Optimus Prime, Scorponok, and Shockwave disappearing. The disappearing is done in a very interesting way. A way I wouldn’t have thought about doing myself because I am so used to modern comic book coloring. It’s actually very well executed here. Below the bots at the bottom of the cover we have the Neo-knights with a hurt Circuit Breaker. “Less Than Meets The Eye” is written above the logo with “The Vanishing!” written beneath it. This cover, might just be the most accurate cover to the story within to any transformers cover that I’ve seen to date.

Galvatron is impatient at Emirate Xaaron’s slow method o waking up Primus. Galvatron is so worried that Unicron’s Minnions will find him before Primus is wakened. But he either needs Primus himself to beat Unicron or for Primus to recall all Transformers to battle Unicron and one of these options has to start happening soon.

On Earth, The Neo-Knight amuse Scorponok as they attempt to put him down. Optimus Prime is starting to think he might have to fight against the humans to get back to the Unicron task at hand. Before Prime can act however, Neo-Knights, Rapture and Circuit Breaker get the upper hand on Scorponok and bring him down. True to Circuit BReaker’s history she ends up wanting to take out all Transformers. Not just the Decepticons she was instructed to take down by G.B. Blackrock.

By this time Hook, Line, and Sinker have arrived to retrieve Galvatron. But the Decepticon holds his own against the trio until Hook gets the upper hand and draws in for the kill. 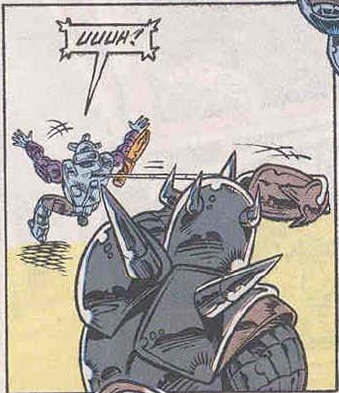 Now back in Manhattan, Nightbeat has been stopped by Circuit Breaker and is now fixing her eyes on Optimus Prime. G.B. Blackrock is trying to find a to stop her before she makes things worse. Then Blockrock, notices Shockwave and draws Circuit Breaker’s attention to the Decepticon. Circuit Breaker has a flash back, remember that Shockwave was the one who destroyed all her dreams. With a single blast, circuit Breaker brings down the massive bot. Scorponok gets up and readies himself to continue the fight when Optimus Prime gets him to stop and think about the bigger picture involving Unicron. 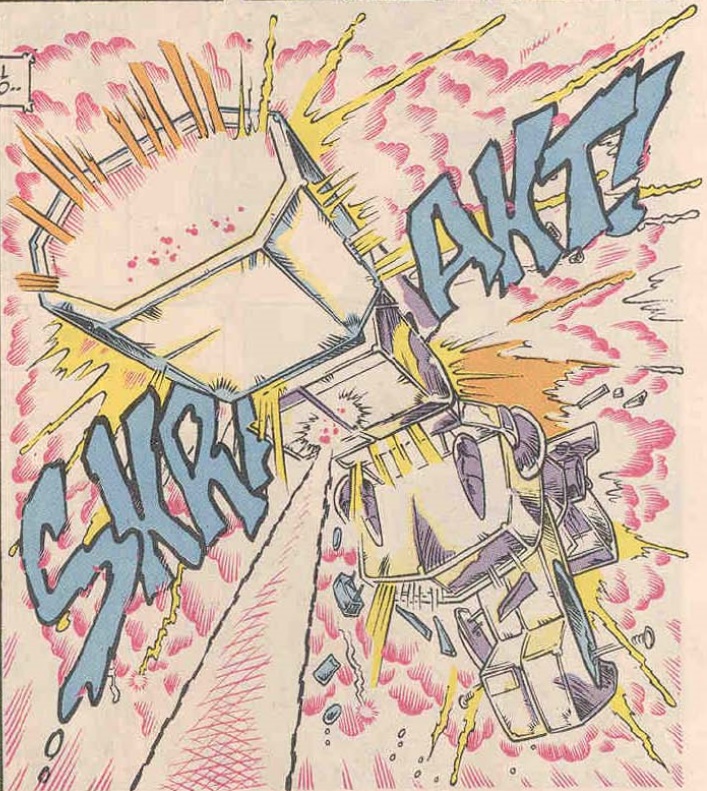 No on Cybertron, Hook is dispatched by Primus who has been awaken by Xaaron. Galvatron then talks Primus in to uniting Autobots and Decepticons. Next we’re shown Transformers all over earth vanishing.

We close out this issue somewhere in space, a distant planet, we see the Creation Matrix. It hungers for revenge. 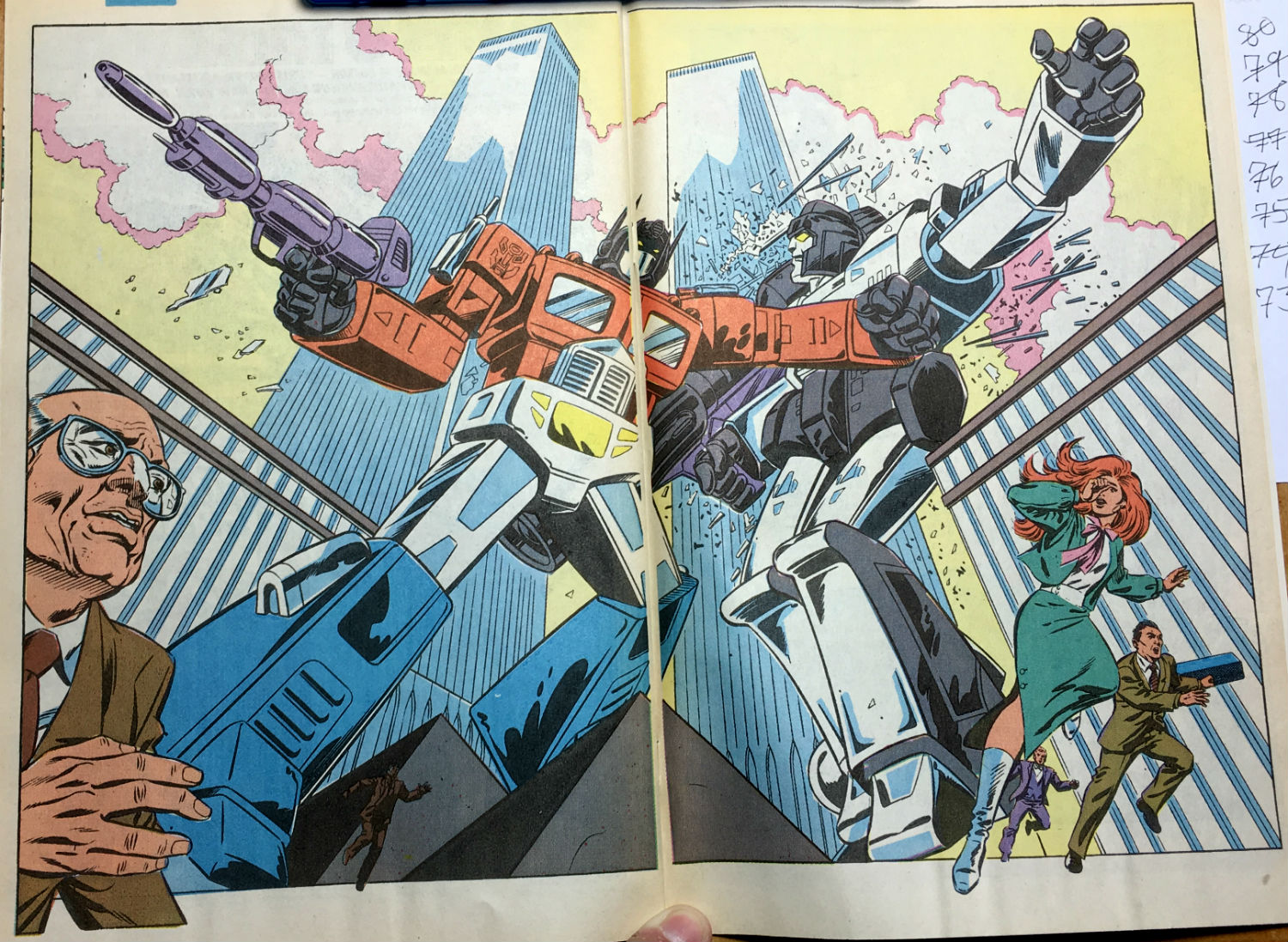 I’m still left interested in the character of Circuit Breaker because she has been in and out of the main story from the beginning.

The issue was good over all. I’m still very interested in what will happen next. There are a lot of stories going on here and I wonder if Simon Furman knew that the book was going to be cancelled at this point, Is this the real reason why all the Transformers are being brought back to Cybertron? For an epic final battle? I guess we’ll see.

What do all of you think? How did you like the issue? Are you all enjoying it as much as I am?