With issue 46 we are introduced to new villains and bots. The human race as some new tech to interfere with the Transformers, but are the smart enough to use it wisely? Its hard to know as much examples of the humans, especially from the military standpoint, have been that they are all control hungry. Lets find out what happens, but first how about this cover eh?

Show Your 80s Love With This Say Anything Megatron T-Shirt from 80sTees.com

What we have here is a terrible cover. I hate saying it, but it’s true. We have a fairly well drawn muscle motorcycle man excluded by a poorly drawn and poorly colors Transformer. And mostly just the legs and lower torso of said Transformer. The actual background of black and white lines messes with my rods and cones. It’s pretty disappointing after how great the cover was for the last issue. “The Sparkabots battle the Roadjammers!” is written in a bubble on the lower part of the cover. 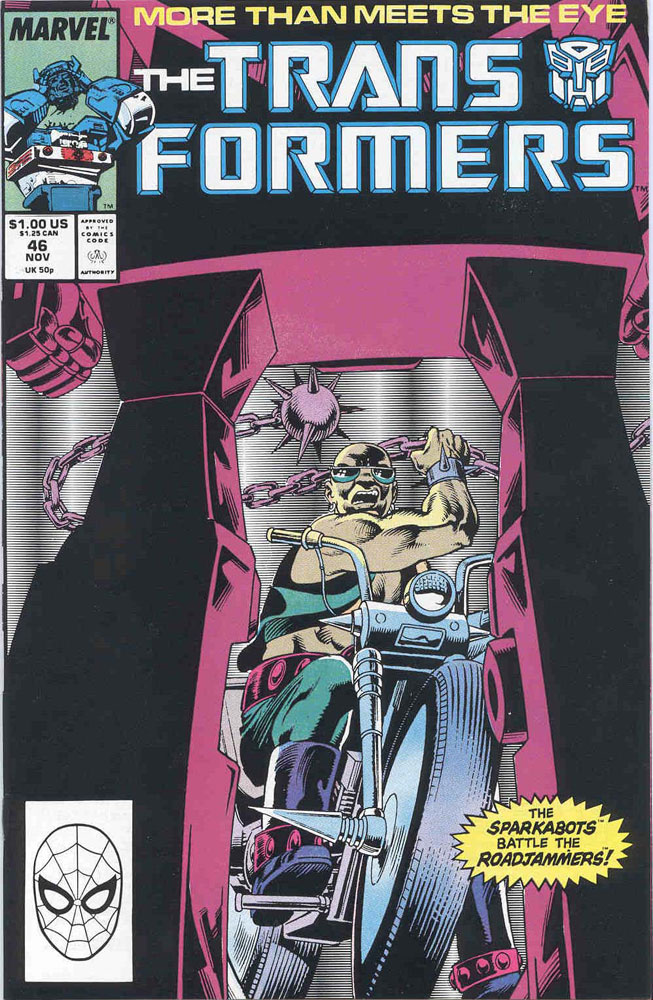 In issue 46 we are introduced to several bounty hunter types through a series of pages that peek into their current lives. Burn-Out, Randy “Roadhog” Hortan, Skunge and Felix. These four bounty hunters meet up in New York City at the location of the Z Foundation’s National offices to meet with Mr. K, Mr. B and Mr. L. It is explained to the bounty hunters that the founder, Mr. Z created this foundation to eliminate the threat that all Transformers pose to Earth. Each man is offered $50,000 for any Transformer they bring in. They are also given a special tool called “Jammers” which can be used to neutralize a Transformer. The bounty hunters, as a group, are given the name Roadjammers, and set out to find Transformers. 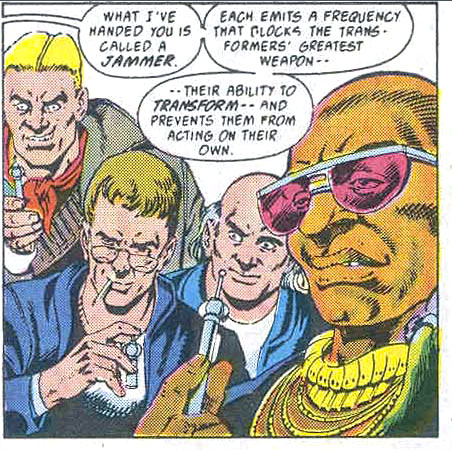 Our story cuts to the planet of Cybertron. We see Decepticon captured Autobots awaiting their execution when the Firecons arrive and take three of the Autobots to the space bridge. Fizzle, Sizzle and Backstreet are sent across the Space Bridge and to earth. Not far from New York city.

The Roadjammers return with the Autobots to the Z Foundation where Felix breaks into a locked parking garage where they find three inactive Decepticon Headmasters. Mr.K, Mr. B and Mr. L show up and reveal that they are Headmasters and join up with the inactive Decepticon bodies only to become paralyzed by the jammers. Felix and made some modifications to the Jammers allowing the, the ability to neutralize three additional Transformers.

We now see Mr. Z enter the garage and he presents himself as Lord Zarak, Leard of the Decepticons. Scorponok is called, but Felix is able to use the single from the Jammers to have all six Transformers, three Autobots and Three Decepticons, attack the large Scorponok. 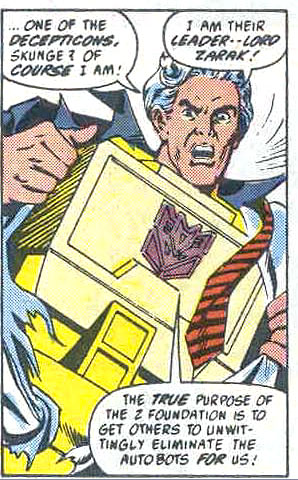 This book ends with the Roadjammers free and Felix telling his crew that he things he can recreate the Jammers. Soon, they will be back in Business. 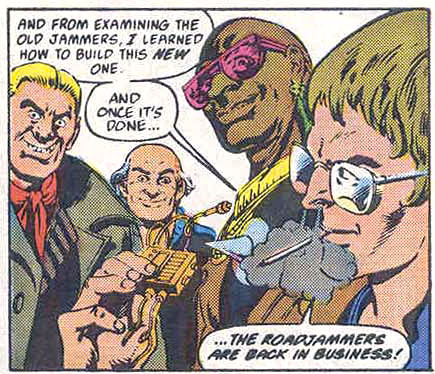 Originally, and now, this cover was never interesting to me and I actually dreaded reading this issue because of that one fact. Yeah, I judged this book by it’s cover and thankfully, I was presently surprised by the comic’s contents. The story is pretty decent and the way the panels where played out where, at times, impressive.

The humans where draw very well and the bots were poorly rendered. It’s a shame. But since it is a human focused story, you don’t see the poorly drawn bots on every page. But when you do, it sticks out like a sore thumb. I think even the panels where drawn really well. 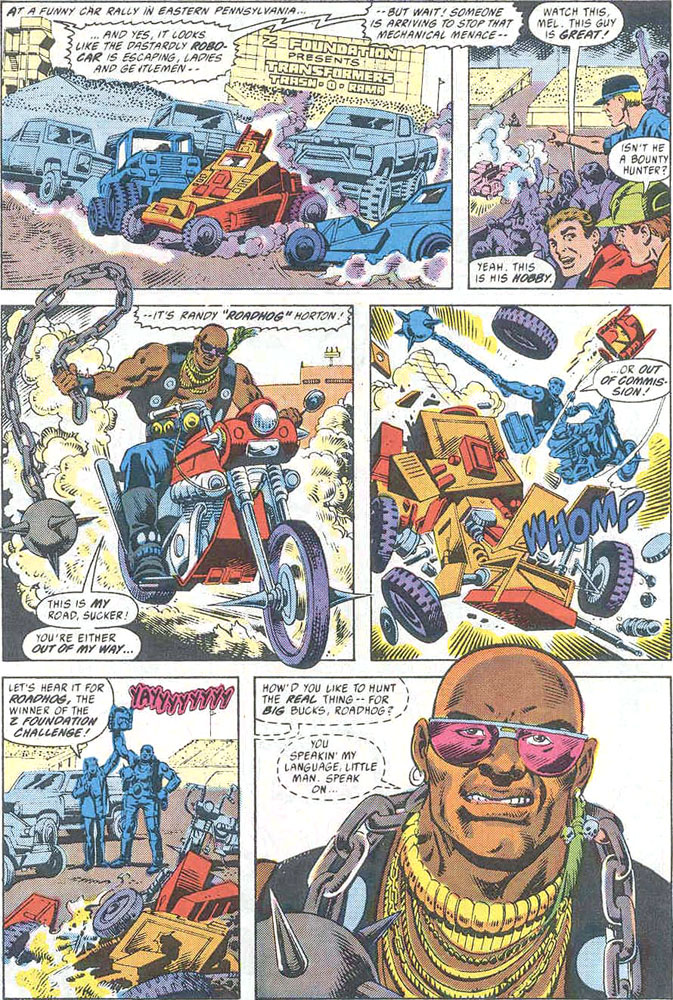 It’s a decent read. We have a new set of villains and i am actually quite excited to see what they do next.