I’ve posted a couple of interviews now with people who’ve written into Marvel Comics’ The Transformers back in the 80s. Of all the Transmissions letters I’ve read the one from issue 31 ‘Car Wash of Doom’, by Christine L. Leddon was the most real for me.

Ever since I read Christine’s letter, I’ve hopped I would have the opportunity to interview her. Just read her heart wrenching e-mail and you’ll see why I’ve been hoping for this interview. 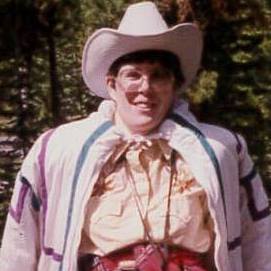 Photo of Christine taken about the time she wrote her original letter to Marvel.

Dear Sirs,
This letter has been long in coming. the events in questions happened almost a year about but I think this story should be of great interest to you.
In November of 1985, a friend of mine was taken seriously ill. In less than 2 weeks, she became comatose due to a disease known as Thrombonic Thrombocytopenic Purphura, or TTP, This disease has no reliable cure. The chances for her survival were 50-50. The real key to her survival was her sustained will to live.
By December, thought, we were ready to give up hope. I needed help, and found it in a program that is on TV here in Kansas: the TRANSFORMERS. Surrounded by machines of all types in her hospital room, my friend learned that machines can do good things for people. as a result, she lost her fear of the machines in the hospital. From that moment on, her illness became a symbolic battle between the Autobots and Decepticons. I watched every show and told her the story when I visited. Later, I discovered the Marvel comic book version and I noticed that the bright colors and beautiful pictures attracted her attention. Her life-giving machine was now Optimus Prime, and he was an ally to her. This kept her mind active an encouraged her not to give up.
Well, it worked! On New Year Day, 1986, Jane spoke for the first time in months. From then on, her recovery was very swift. Her illness is now in remission and she is leading a normal life. She still watches TRANSFORMERS, and we will both be forever in your debt for actually saving someone’s life. Thank you very much!
Christine L. Leddon
Witchita, KS

It’s taken a lot of effort to contact Christine. I had recently given up on ever getting a hold of her until a few weeks ago when she responded to one of my early messages. It took a little time but below is the results of that interview. 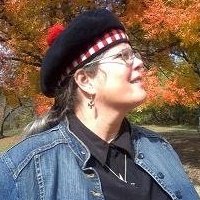 Christine: As a child growing up in Southern California I enjoyed watching Japanese science fiction TV shows and cartoons with my friends (I was a fan of “Kimba the White Lion” long before Disney’s “Lion King” ever aired and I thought “Johhny Sokko” and “Gigantor” were the best.) For me, “Transformers” was just another iteration of the kinds of shows I watched (and enjoyed) growing up.  It was a bit of the spirit of California transplanted here to Kansas…

Youseph: What compelled you to write to them? (you kind of answer this question in your original letter but if you want to add details to it, I encourage you to do so.)

Christine: As for the details of the situation, I think the letter pretty much speaks for itself.  As for the philosophy behind the letter, let me just say that I have long been a believer that children develop many of their “qualities” (both positive and negative) as adults from the kind of literature, art, TV and social interaction they are exposed to (the old “Nature” vs’ “Nurture” argument).   As I saw it then (and as I do now) Transformers communicated the values of perseverance, loyalty, honor, friendship and courage in a uniquely powerful and creative way.

If the truth be told, the incident in the magazine wasn’t the first (or only) time I used Optimus & Company to help someone overcome an illness; it was simply the only time I wrote the magazine about it.  (Hint:  If you ever meet Peter Cullen, ask him about the cross-stitch picture a fan once sent him….)

Youseph: Was your original letter edited by Marvel in anyway?

Christine: Not much editing was done that I recall, but I have been unable to locate the original letter to verify exactly how much.  ( I know I have the letter somewhere, but I have 30+ years of accumulated “stuff” to get through to find it).

Youseph: Can you tell us how your friend is doing? Are you still in contact with her? Is she still a fan?

Christine: Unfortunately, the disease process that my friend endured was a brutal one, and changed her personality in unexpected ways.  Shortly after she recovered she and her husband divorced and she moved out of state.  I’m afraid we’ve long since lost touch.

Christine: It was a bit of a shock, actually; I really didn’t think they’d print it.  It was a nice, sweet “human interest” story, but really not the kind of thing you would expect fans to want to read.  The response to it, however, was amazing.   Even HASBRO replied to it and sent both my friend and I a nice letter and gift (I still have my toys safely stored away in their boxes).

Christine: Am I still a fan?  Yes, I will always have a place in my heart for Optimus, Bumblebee, Blaster, Hot Rod, Ultra Magnus (and even Megatron).  As I deal with my own disease now (I have developed Rheumatoid Arthritis) I often reach for the “Transformers – The Movie” soundtrack when exercising, and frequently listen to Stan Bush’s “The Touch” when needing a bit of encouragement or determination.   At home, there’s a cross-stitch of Optimus in my office, and at work his figure sits on my cadenza to remind me to (as Optimus once told Buster Witwicky in the cartoon): “hold on to your dreams, the future is built on dreams….”

I want to sincerely thank Christine for her time. It was a real pleasure to get the chance to correspond.