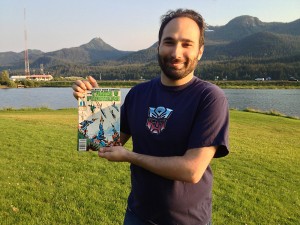 I eagerly dove into Transformers issue 21 because I am dying to try and figured out with the Autobots that came across the space bridge a few issues back. They just feel like they have been stranded on earth. The only thing they know is that Optimus Prime and a small faction of Autobots still exist on earth. Will they find them? Will the Autobots be more powerful then ever with their old friends reunited? We better find out! But first, lets talk about this cover art.

The Aerialbots are front and center. The Aerialbots have been a frequent request we have seen from fans in past TRANSMISSIONS section of the comic. The mostly white sky helps the Transformers on the cover pop out to the reader. A few clouds linger low on the horizon. The five Aerialbots fly in and fire upon three new Decepticons, Thrust, Dirge and Ramjet who return fire. The Decepticons are standing upon some concrete structure which we learn inside the comic is the Hoover Dam. Something to take note of, this is the first cover I recall seeing where they name of the comic has been slightly changed. Normally at the top of the comic it reads, MORE THAN MEETS THE EYE, THE TRANSFORMERS. For this issue it reads Aerialbots over America The Transformers. I assume this was changed because even though this issue was first published in June, it takes place on July 4, 1986. So for all intents and purposes, this issue was the July holiday issue of Transformers from Marvel Comics.

Issue 21 starts off with Ricky Vasquez saying good by to his family as he needs to run into work at the Hoover Dam. His daughter is concerned that they will miss the 4th of July fireworks because he has to go into work, but he promises her he will be back in time.

Quickly, we learn that the Decepticons have been shadowing Mr. Vasquez for a while. Ricky Vasquez is a hydroelectric engineer and he is part of a plan the Decepticons have to steal the Hoover Dam’s energy and transport it back to Cybertron. The Incecticon, Bombshell uses a Cerebro-shell to force Mr. Vasquez to bring Megatron into the plant at the dam.

Back at the Ark, Skids returns with Donny Finkleberg who informs the Autobots that seven more of their kind have been transported to earth via the space bridge. Optimus Prime sends Jetfire and Finkleberg to investigate. Shortly after the Autobots learn that an invasion of the hydroelectric plant. The Aerialbots are sent out to deal with the problem. The Aerialbots are new Autobots created by Wheeljack using the combiner technology stolen from the Decepticons. 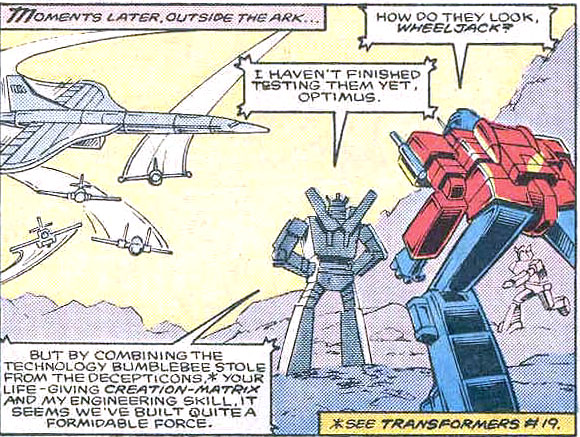 Of the five Aerialbots only the leader of the group, Silverbolt, has been programmed completely. As a result the other Aerialbots don’t understand why saving human life is important. When the Aerialbots combine to form Superion, Silverbolt has to fight to keep Superion from Killing Mr. Vasquez. This results in disassembling the superion form back to the original five Aerialbots.

Mr. Vasquez is able to break the thought control of the cerebro-shell’s programming and fires Megatron at the space bridge. This sends the space bridge back to Cybertron and the Aerialbots return to the ark.

Meanwhile, at an airstrip in New Jersey, the newly arrived Autobots from Cybertron have been found by RAAT (Rapid Anti-robot Assault Team), led by Circuit Breaker! 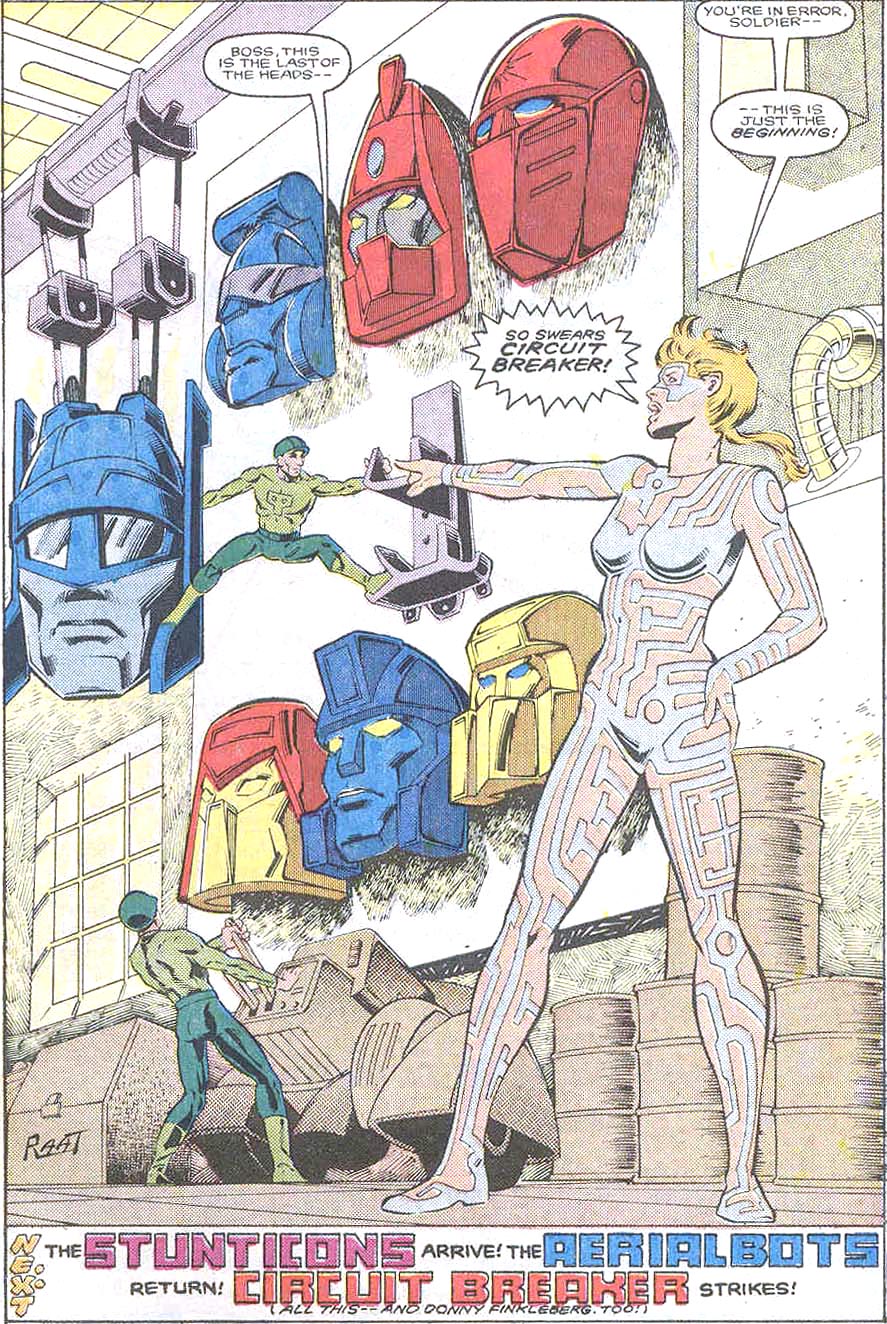 The best part of reading this issue for me was that I started reading it over the Independence day holiday. It turns out that the comic book itself also takes place over the same holiday. July 4, 1986 to be exact. That random coincidence just made this issue that much more fun for me to read.

I feel like a lot of thought went into this story. Not only short term but long term especially when you see that the Autobots are still dealing with a injury Optimus Prime sustained back in issue 19. It just feels like this is going to play a bigger role in the future.

I honestly don’t have much more to add other than I am excited to start the next issue and find out where all this is going.