Reflector has to be the coolest Decepticon around. Like Devastator, Superion, Predaking, and a host of others, Reflector is a combiner Transformer. Three Decepticons (Spectro, Spyglass, and Viewfinder), that combine their forms together to create a classic looking 80s camera. Unlike the above mentioned combiners, the three individual bots that create Reflector cannot transformer into anything on their own. They are individual bots or one combined camera. That’s it. 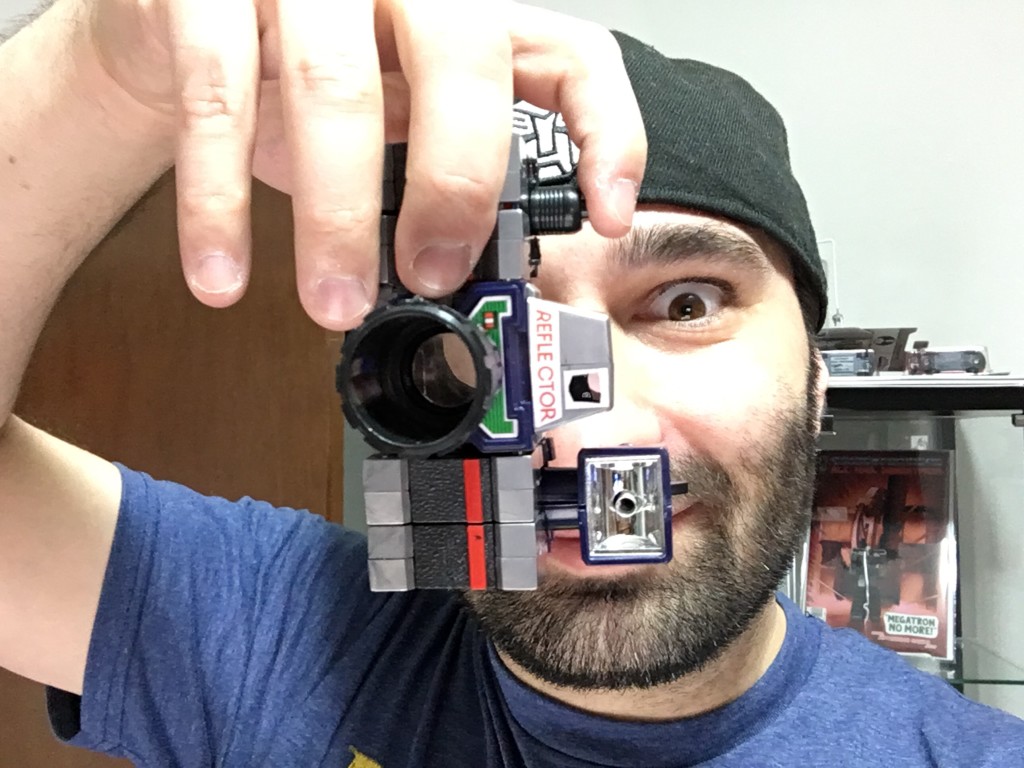 As a kid I was an Autobot loyalist. Whenever I could buy a Transformers from the department store it was always one of the good guy Autobots. 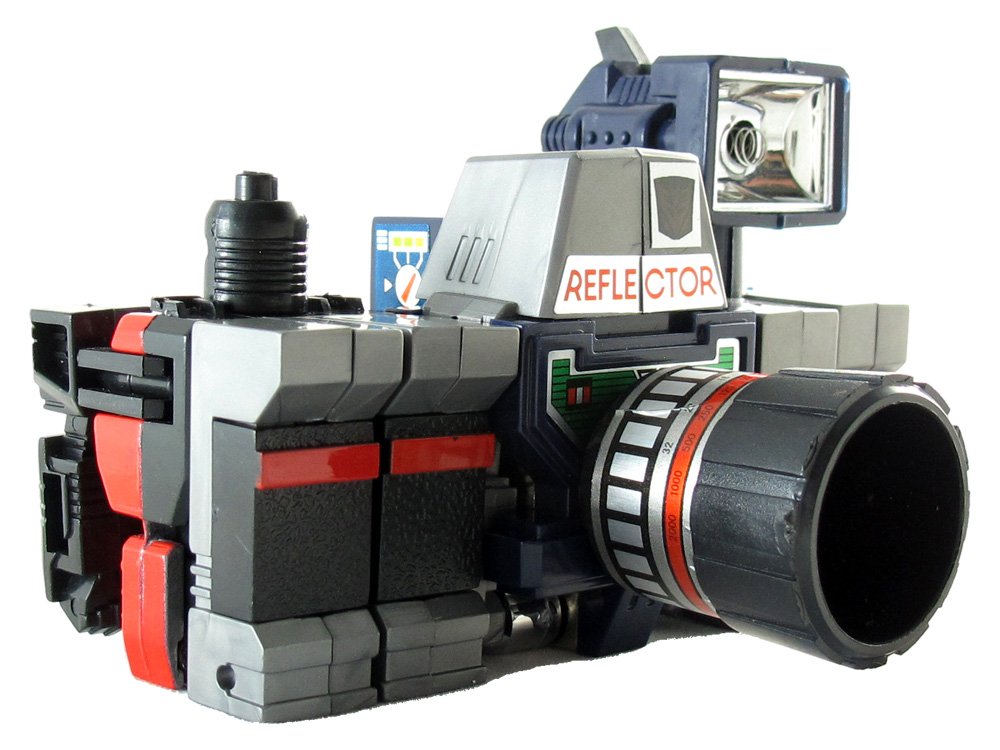 There was however, one Decepticon I always wanted to get. One I never saw in a store. That was Reflector. These three Decepticons eluded me throughout my childhood. It’s only as an adult that I discovered why. 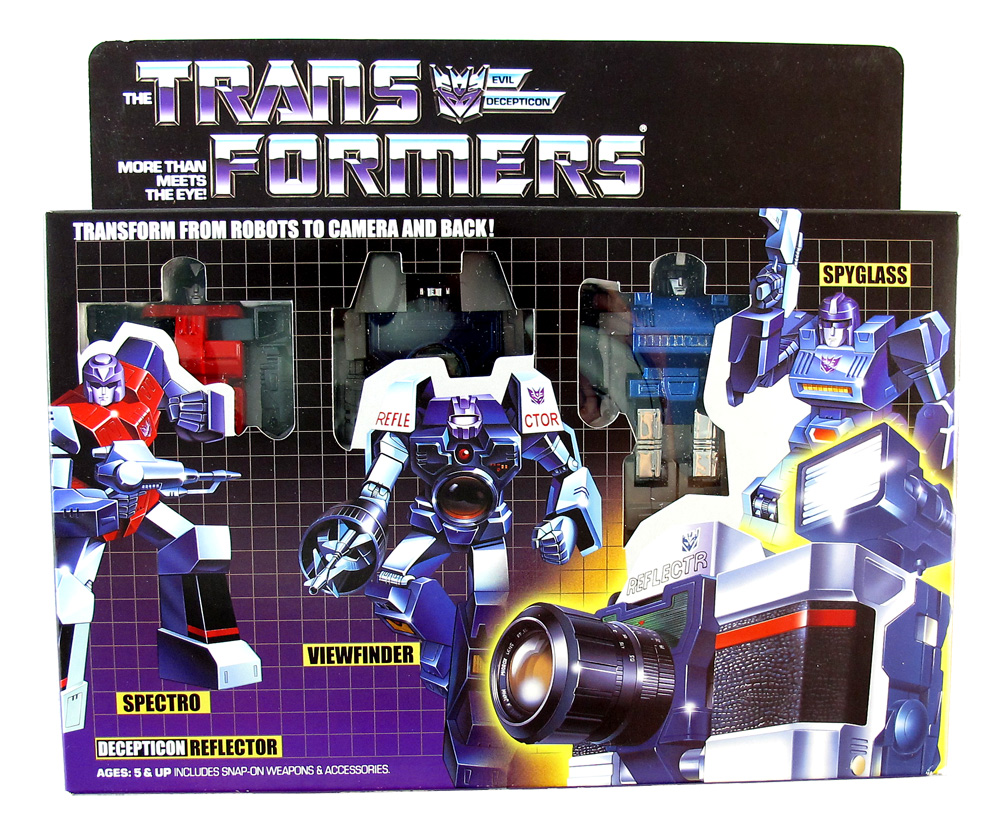 Spectro, Spyglass, and Viewfinder were released and relatively easy to find in Japan during the 80s. The same cannot be said about them in the United States. Hasbro decided not to release these ‘Cons in U.S. retail even though they where in the cartoon and were present in issue 4 of Marvel Comics’ The Transformers. Its puzzling because everything I’ve read  indicates that Hasbro couldn’t make enough quantity or variety of Transformers to satisfy demand at the time. 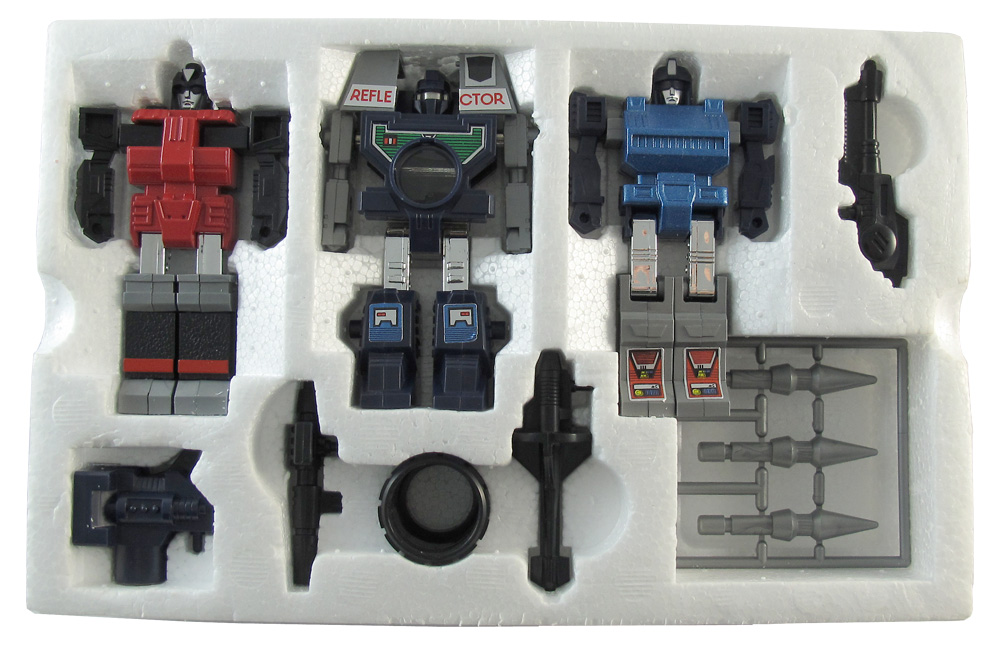 It wasn’t till 1986 and 1987 that mail away promotions for Reflector started to appear. Kids in the U.S. could now start getting their hands the combiner. At the cost of $10 and two robot points (plus $1.25 for Shipping and handling), this elusive trio of Decepticons finally find homes in the United States. 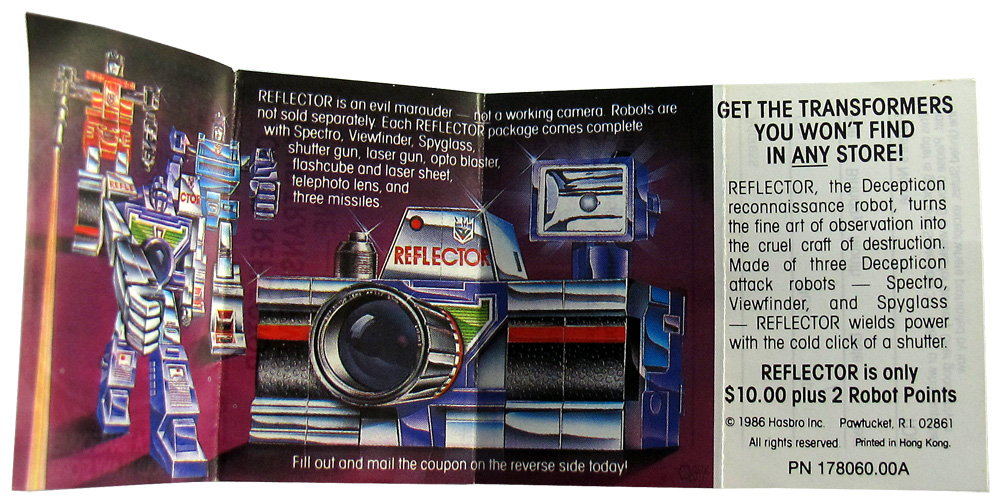 I can’t help but think that at just $10 Hasbro was just trying to get rid of stock. Weird.

The brochure to order Reflector was small. Just 1“ X 2”. A size that allowed it to be packaged with the sticker sheet and instruction manual of smaller toys like Mini Vehicles and combiner limbs. Even with the brochure unfolded it must have been difficult to fill out something that small. 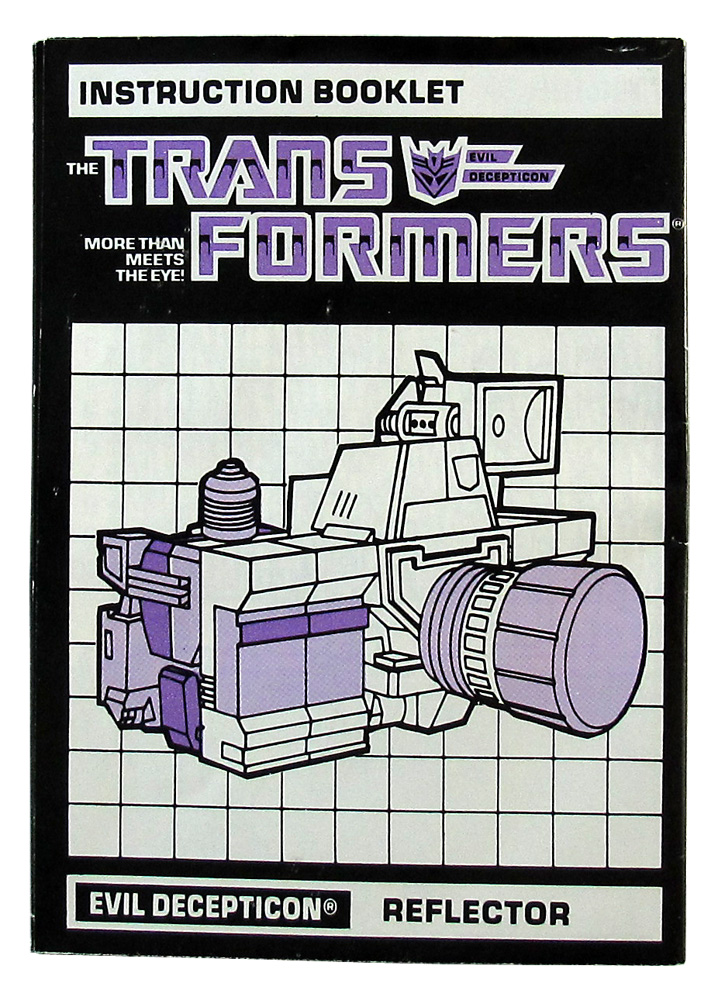 Today, you have options if you want Reflector in your collection.

One option is eBay. This is how I acquired my original Generation One Reflector. Prices, condition, and availability are going to very.

Another option is to look online for a Takara reissue. At $50 (give or take), you’ll get Spectro, Spyglass, and Viewfinder, all in a box that calls back to the glory days of Generation One.