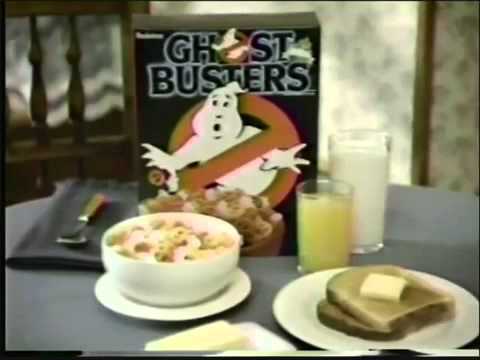 When I was much younger my little brother Abe and I would wake up very early on Saturday mornings, when the house was still and our parents were asleep, so we could watch cartoons. We would tiptoe downstairs from our rooms and we would help each other get some breakfast cereal. Ghostbusters or S’Mores Crunch where our favorites at the time. We would then carefully walk out into the living room so we would not spill a drop of milk. In the living room we would sit on the floor with our cereal bowls in our laps and turn on the TV.

My brother and I would watched all kinds of cartoons on those Saturday mornings. He-Man, Looney Tunes, Tom & Jerry, Dinoriders, Thundercats, Scooby Doo, Go-Bots, Voltron, The Smurfs, etc. But The Transformers were all I really wanted to watch. At the time it felt like a cartoon for big kids with all the transforming they did and adult issues they had to deal with like oil rigs and dams being under attack from the evil Decepticons.

When the Saturday morning Cartoons where over my brother and I would often play with our Legos, He-Man and the few Transformers toys we had in the living room. I always felt inspired after watching The Transformers to make some pretty fantastic things with our Lego blocks. 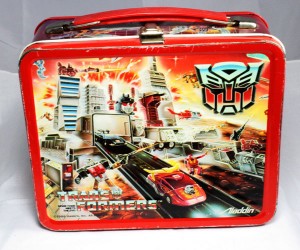 The Constructions along with their combined form of Devastator.

Between my younger brother and myself we had a couple of the transformers toys. My brother was a fan of the bad guys because he thought they looked cooler. I recall him having Galvatron and some of the Insecticons. I remember at one Christmas in the 80s we got the Constructicons which combined to form the mighty Devastator! I recall getting Ultra Magnus, and Cliffjumper, but past that my memory has faded somewhat. I know we both had other Transformers toys, but those memories are lost to time.
As I grew older, I continued to be a huge fan of The Transformers. I just wasn’t old enough to be able to afford the couple of toys or VHS tapes I would see randomly at K-mart or used stores. By then the time to acquire Transformers toys and other memorabilia was fading away fast for me. And I knew it. And it was sad.

Hasbro had stop producing new Transformers cartoons and toys. The Marvel comics also stopped and a whole generation of kids that grew up on this we’re left asking themselves, “What The Fuck?”.

At some point in my very early teenage years of life, I started to get a weekly five dollar allowance from my mom. At first I would spend the money on stuff like candy, or if I saved up, a CD. You know, things that didn’t really matter a whole lot. That is, until I walked into my first ever comic book store. 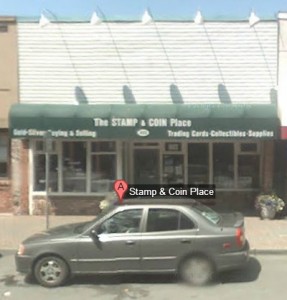 The Stamp & Coin Place in Mt. Vernon, Washington was a treasure trove of comics books, coins, baseball cards, football cards and stamps. When you walk into the store for the first time you are overcome by the smell of old paper. It was the smell of old comic books and cards. It’s quite overwhelming.

As you enter the store and immediately on your left was a rack of the latest comics that had come in. On the left and right side of of the new comics rack where boxes and boxes of old back issue comic books. These boxes were stacked on the floor and on tables. For a kid the sight is breathtaking and I think the first time I entered The Stamp & Coin Place, I just stood there for a moment taking it all in.

Once I caught my breath, I went over to the first box labeled “A”. I could tell the boxes were sorted alphabetically. I took the lid off the first long white box and started to finger my way through the mylar wrapped and boarded comics. I knew then that five dollars a week was not going to be enough and I would have to see if I could talk my mom into giving me a raise in my weekly allowance. 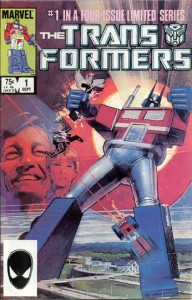 As I went through the boxes of comics I pulled out ones that looked cool to me. Some random Batman books, G.I. Joe, and Star Trek. But then I hit the ‘T’s and I thought to myself, could there be? My fingers began to fly through the books in the ‘T’ box. I was just over halfway through, my hope fading, when I saw it and I paused. I just stood there holding my breath. Then, I slowly pulled it out from the box to get a better look at the whole thing. It was the very first issue of Marvel Comic’s Transformers!

I just stood there holding it in my hands in total awe like I had just discovered the holy grail itself.

I knew right away that the other comic books I had pulled out would be going right back where they came from. This comic book had to me mine!

If my memory serves me correctly the price they had labeled on the mylar bag for this book was two or three dollars. I was able to pick up this first issue along with two or three more Transformers comic books. I can’t really recall which ones they were. I was so overwhelmed at the time that I was holding issue number one of the Transformers that I just couldn’t believe my luck.

That night I read through Transformers number one, slowly. Taking it all in and feeling the joy I had when I used to watch the show on Saturday mornings with my brother. Until I got my own job my brother and I would go down to the Stamp & Coin Place every Friday and pick up more comics with our five dollar allowance. After a few years I eventually bought the place out of every Transformers comic book they had. I was maybe 30 books shy of a complete set. 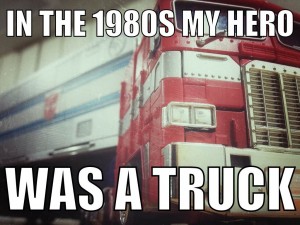 Now as an adult, I have been lucky enough to afford the toys and DVDs. I have also recently been able to complete the original Marvel Transformers and comic book run that I was not able to as a kid. I finally got the Optimus Prime and Blaster actions figures I always wanted. I have the entire cartoon series on DVD that I hope one day to share with my kids.

I will also be reread the original transformers comic books, rewatching the original cartoon series and just geeking out on the stories and the memories they bring back. If you want to follow along with me you can pick up newer printings of the original comics and cartoon by following the links below.