In opening this book and sitting down to read it, I could not help but wonder how the events in Transformers 24 were going to affect G.I. Joe and the Transformers #2. Early on you start to see the impact with Superion. But first, lets check out this cover. 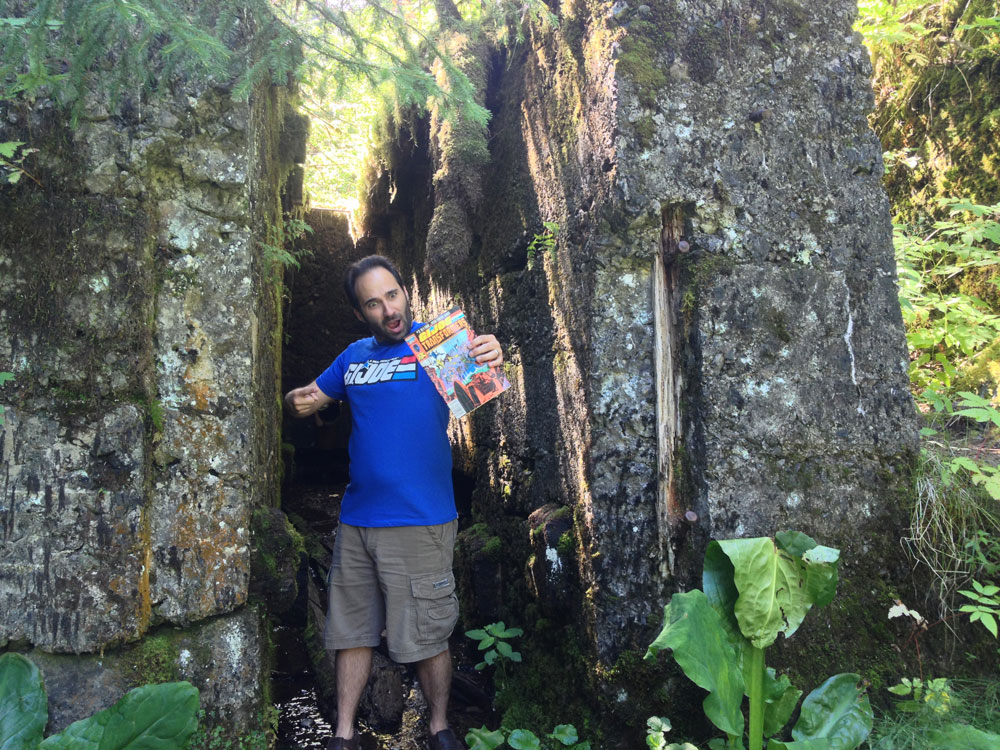 ‘#2 IN A FOUR ISSUE LIMITES SERIES G.I. Joe and the TRANSFORMERS’ is written across the top of the comic. This dark cover depicts Soundwave, Dirge, Bombshell, and Ravage in a Decepticon base watching as Sargent Slaughter and several other G.I. Joes fight off an areal attack threw a view screen. The Joes are on a yacht trying to save the people on board from incoming fire. 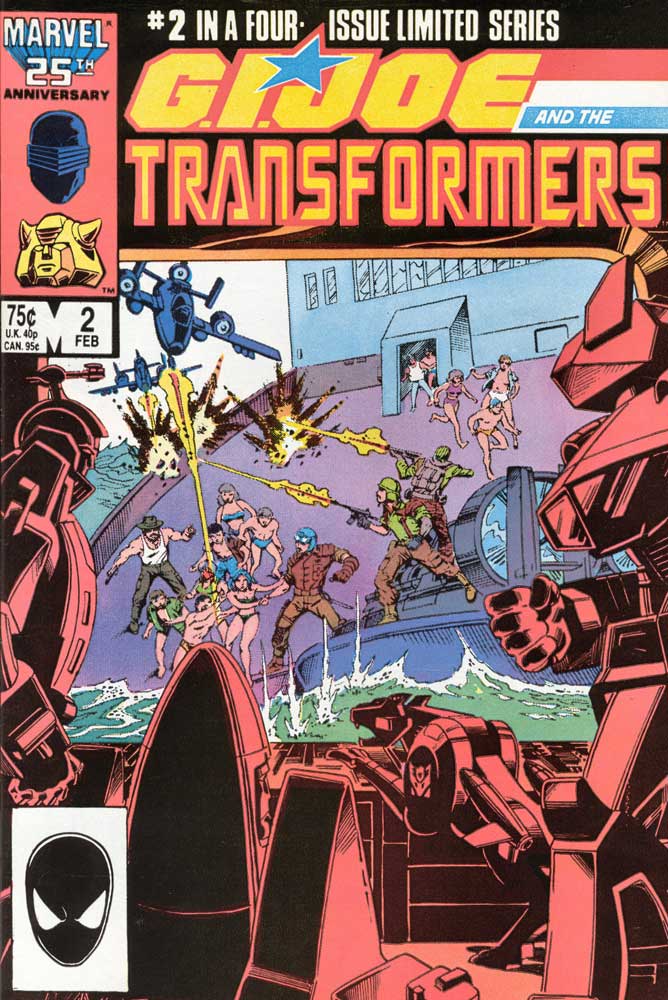 Our comic starts off with Superion demanding the remains of Bumblebee. The Joes, who are naturally frightened by a giant robot react by opening fire upon the combined Autobot. Superion fires back to protect himself. This action just causes things to get worse. But just as Superion might not be able to take much more fire, he is summed backed to the Ark upon news of Optimus Prime’s death. He breaks away from the engagement to return to base.

Back at the Decepticon base, Megatron watches with little interest as Bombshell’s Cerebro-Shell powers up Power Station Alpha and takes off via remote control from the Washington State military base. It’s worth noting that while this is going on, Hawk is busy getting busy with Senator Barbara Larkin. Being fully aware of Megatron’s disinterest, Shockwave believes he now must take over command of the Decepticons as it is the logical thing to do. 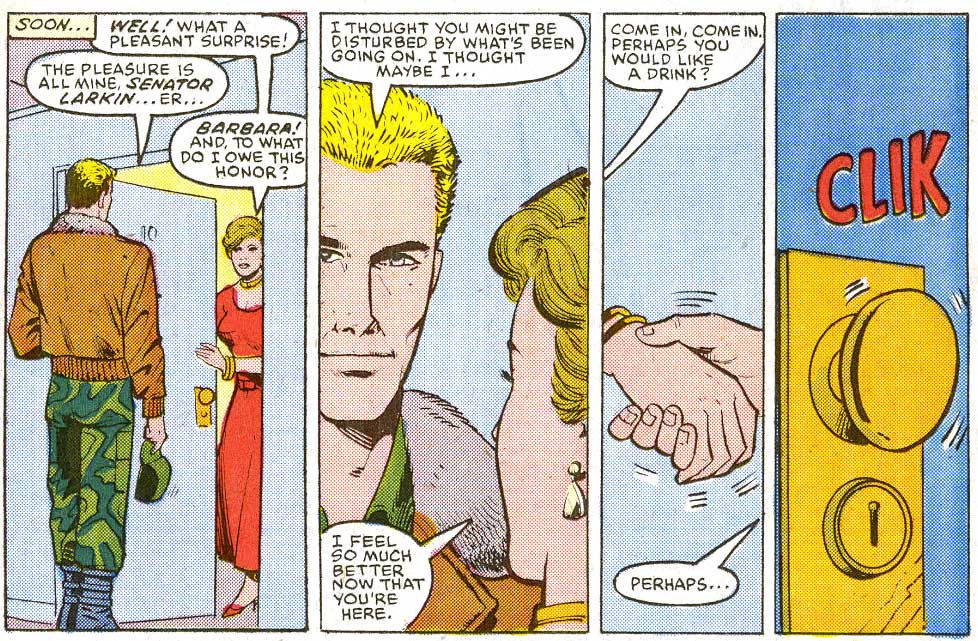 Cobra also observed the the theft of Power Station Alpha, and Doctor Mindbender uses special helmet of his to take control of the Cerebro-Shell and has it change course to to Cobra. For extra support a group of Cobra aircraft are sent out to escort the power station to base, but shortly after their arrival they are attacked by the Joes. 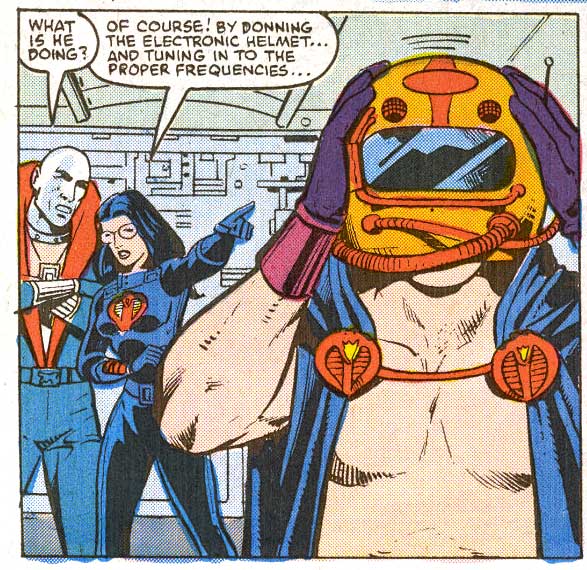 This battle over the water is noticed by none other than, G.B. Blackrock, along with this yacht willed with bikini girls. When Serpentor notices this boat he the Joes that he will destroy it with power station alpha if they don’t stand down. Hawk orders his men to stand down as he knows that the radioactive fall out from such an explosion is not acceptable.

Cobra, now with a little bit of breathing room, opens fire upon the yacht anyway. This causes the Joes to spend time saving the people on board the ship. While being rescued, Blackrock hears the Joes discussing an encounter with “giant, shape-changing vehicles”. Blackrock tells the Joes he might be of some help to them. 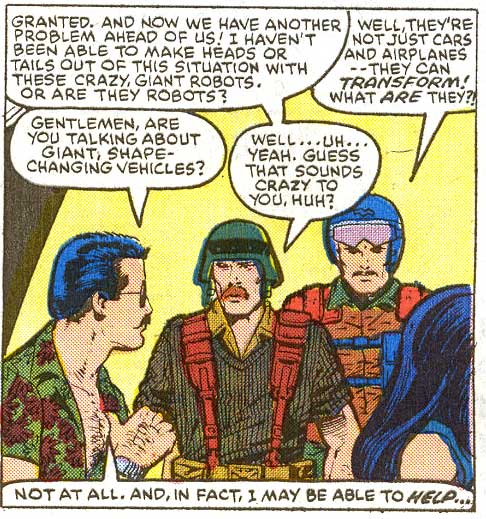 The boy that Bombshell implanted a Cerebro-Shell into, Anthony Duranti, has been in a catatonic state recently. His mother takes him to the doctor and an x-ray reveals that something is inside his brain. The doctors elect for surgery remove the obstruction. 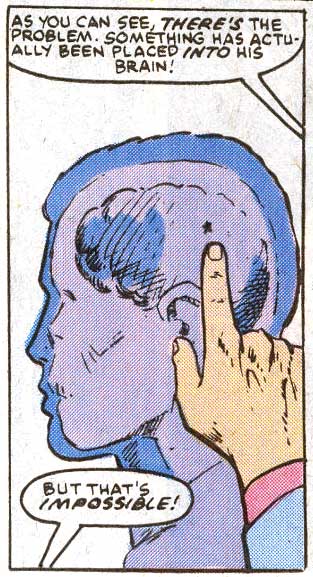 Mindbender and Serpentor watch as Power Station Alpha arrives, but also noticed that Dirge and Bombshell are following right behind. The two Decepticons explain that they are also interested int he power station. an alliance is suggested by Dr. Mindbender after planting a listening device on Dirge. Mindbender later overhears Shockwave telling Dirge and Bombshell of his plans to convert Power Station Alpha so that he can tap Earth’s natural energy. Mindbender believes that this plan will destroy the planet. 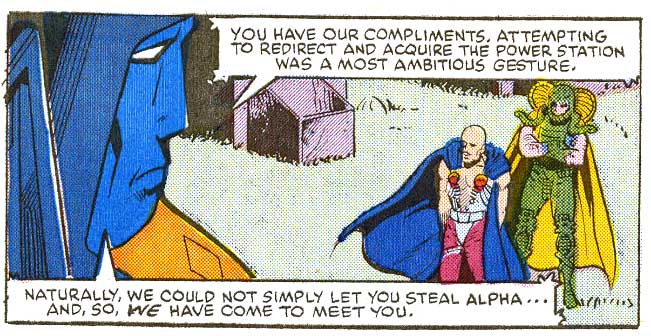 This issue brought back a lot of memories for me. I was never the biggest G.I. Fan growing up. But it was a cartoon and often on before or after the Transformers. So, I watched it. Seeing names like Dr. Mindbender or Serpentor after all these years brought back some great memories of my little brother and I watching these cartoons growing up.

I have to be honest. I am somewhat tempted to try and read the original G.I. Joe comics. Maybe this is something I will do when I am completely done with the Transformers.

In this issue we have pretty much four stories going on. Autobots and the Joes on the side of good, but they are not yet working together. And then you have Cobra and the Decepticons working on the side of evil. They too are not yet working together. Thought the two good teams and the two bad teams are generally good or evil respectively, I don’t think will see their over arching goals meeting together. So it makes sense right now that their are only 4 issues in this crossover. Which is kind of to bad in away because I really love crossover stories.

Also worth noting is that it seems something bad must have happened to Cobra Commander as he his death in a previous issue of G.I. Joe is briefly mentioned. Which, to me, is significant. A very popular charter was killed. Not unlike Optimus Prime.