I am still not 100% sure if your supposed to read  G.I. Joe and the Transformers 3 and 4 then Transformers 26, but I will know soon enough. When I get to reading those book and I will post any corrections if there are any.

For those of you who want to read along and do not have the individual comic books you can pick up a copy of  IDW’s G.I. JOE / Transformers Volume 1 which contains the G.I. Joe and the Transformers story line as well as the return of the Transformers in Generation 2 in G.I Joe Real American Hero, that we will be getting to at the end of this Transformers 80 issue run. In the mean time I have updated my previous post with the read order information on it.

With G.I. Joe and the Transformers issue 1, Marvel Comics started a cross over story that involves two of their most popular books at the time. A cross over that I understand affects the Transformers story line, but does not not follow over to the G.I. Joe story line. I am really eager to find out what happens. But first, lets check out this cover. 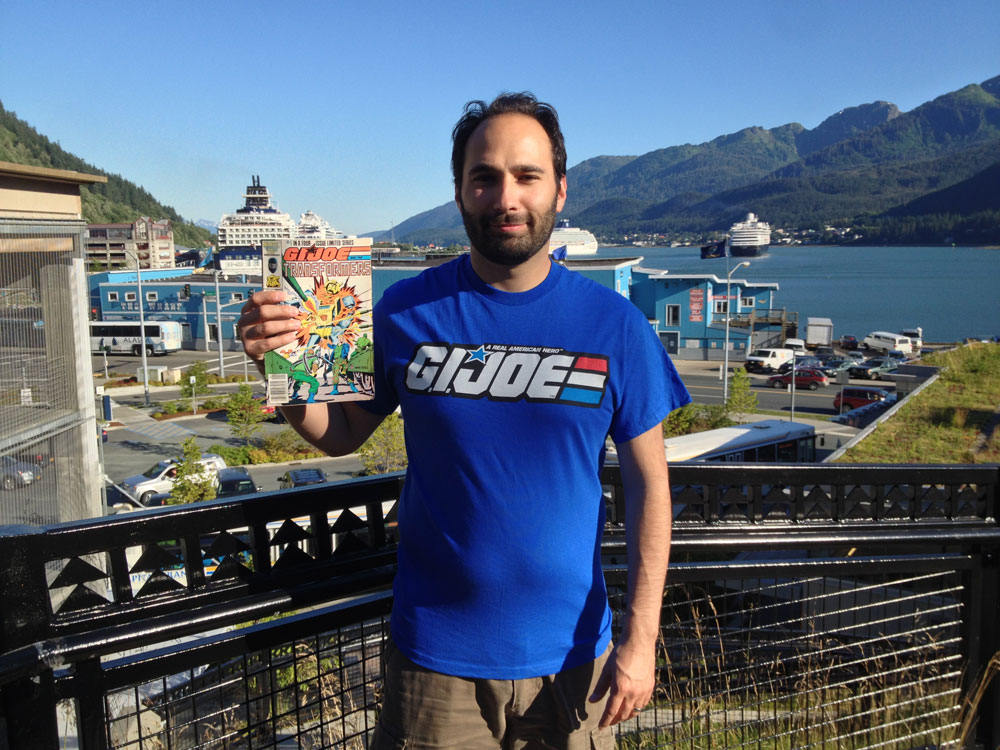 Starting at the top of the cover we have the G.I. Joe logo about the Transformers logo on top of a white background. “#1 IN A FOUR ISSUE LIMITED SERIES” is written above the logos. On the left side of the comic we have the Marvel 25th anniversary tag with Snake Eyes’ head above Bumblebee’s. Just underneath the logos, Bumblebee, who is sporting and updated facial design that I believe reflects more of like the cartoon version of Bumblebee, is being blasted apart by the Joe’s weaponry. Two green tanks fire upon the Autobot as Hawk is yelling out orders and Roadblock, Scarlett, Snake-eyes, and beachhead take offensive positions. 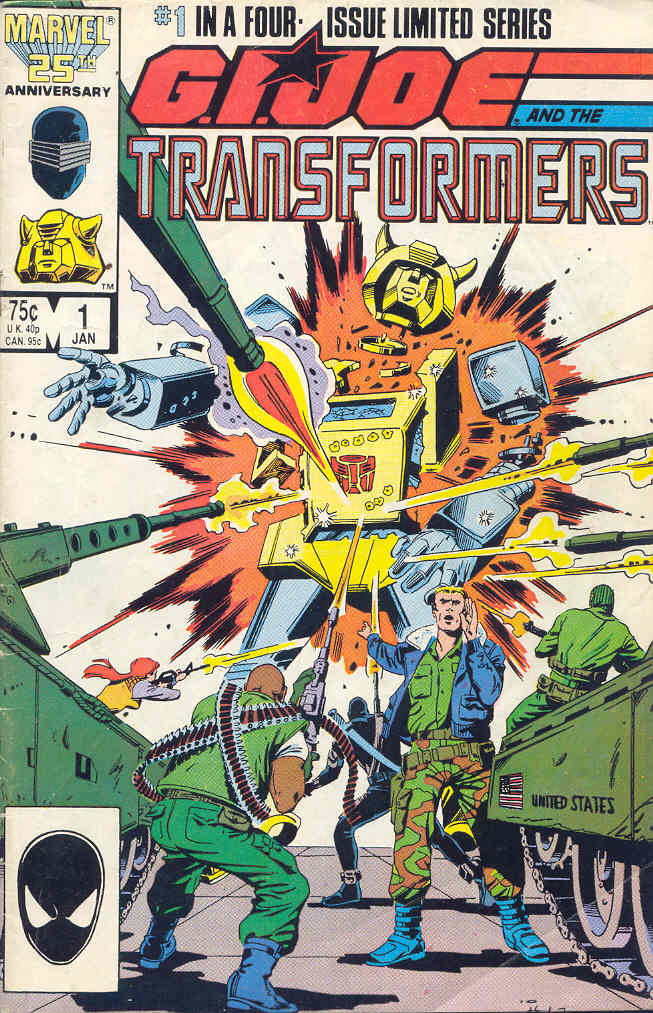 The comic stats of with the Joe’s on assignment protecting Power Station Alpha. It’s the world’s first solar/nuclear power station. The Joe’s are not only worried about the possibility of Cobra attacking, but they are also worried about all the protesters who are objecting to the device for various political and environmental reasons. The Autobots, who understand the potential of Power Station Alpha, believe that the Decepticons might also attempt to steal the device. Optimus Prime sends forth Bumblebee to monitor for Decepticon activity.

Cobra’s Dreadnoks do start and attack on the power station that the Joes are able to ward off, but this leaves Cobra Commander furious that he has lost the element of surprise. 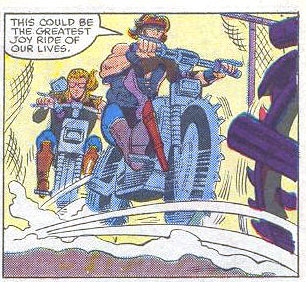 Thanks to News reports, Megatron has also witnessed the attack and sends Dirge and Bombshell to the station. As the station prepares to launch, Bombshell injects a cerebro-shell into young Anthony Duranti. He’s the son of one of the protesters. Bombshell commands him to step in front of the station’s treads. Bumblebee watches in vehicle mode and feels forced to break his cover to save the boy’s life. The Joes misunderstand Bumblebee’s actions as threatening and open fire destroying the Autobot. 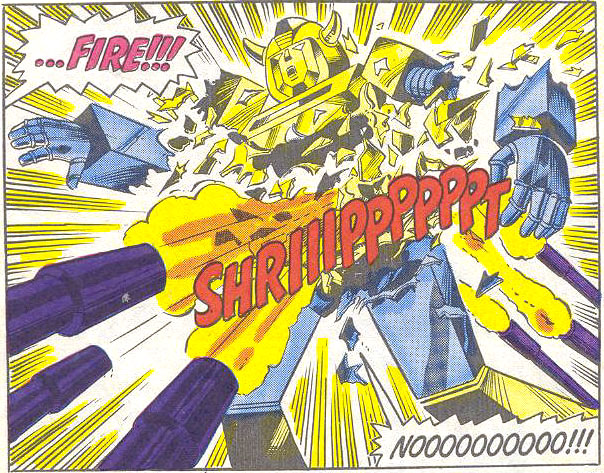 The situation becomes even more threatening as Bombshell invades Power Station Alpha and Superion arrives to collect the body of Dirge. 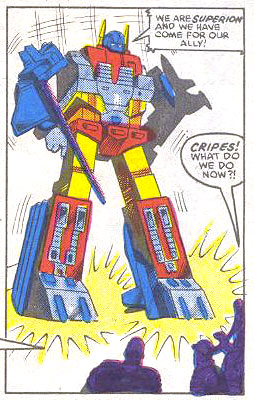 Personally, so far, I think this issue has some of the best art I have seen yet. I am loving the updated Bumblebee look. Thought, this may be the last time we see our favorite yellow bug. 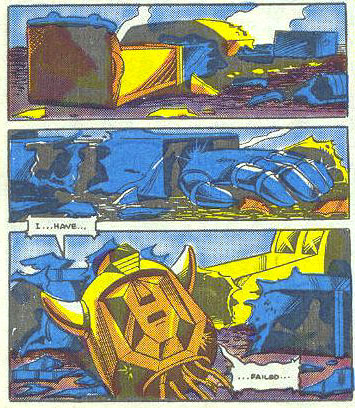 So far it’s been a lot of fun to read this cross over comic and how they reference things that happened in G.I. Joe’s past or the Transformers’ past.

The book does feel a little G.I. Joe heavy and I wonder if that’s just because of the story they came up with or if someone at Marvel felt that G.I. Was more popular then Transformers they should be a larger part of the story. It would be so interesting to know how this book came to be.

Still a good solid build up to a story. Can’t wait to find out what happens next.