We’re back on Earth with issue 68 and we see some old faces once again. Namely, G.B. Blackrock. What is that old dog up to now? But before we get into this at full force, lets review this cover. 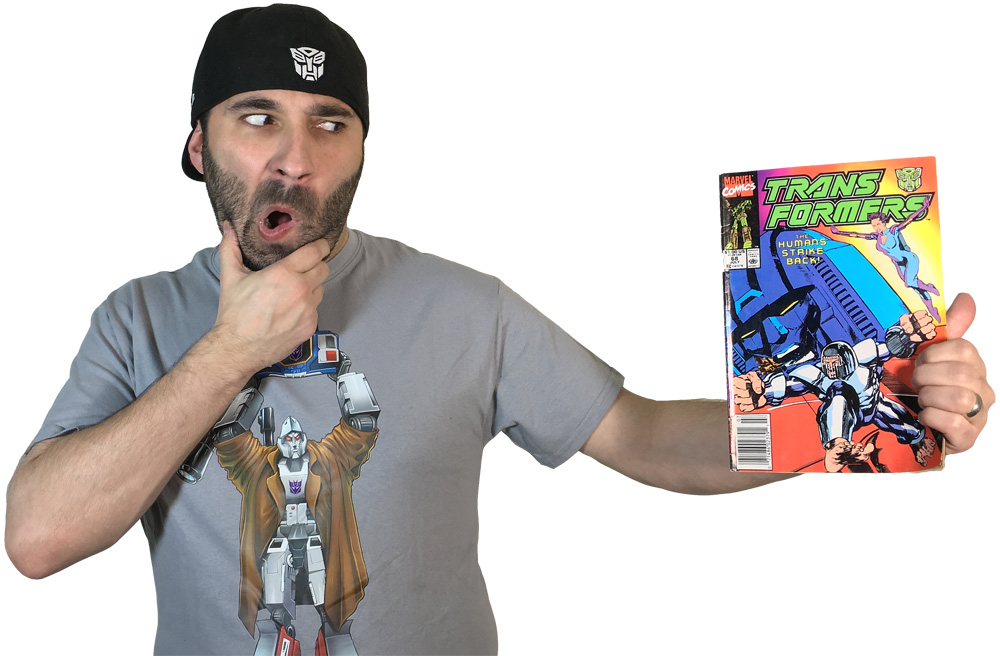 Some covers are beautiful, but then there are covers like this that are just hard to read. What we have is the head of Starscream taking up most of the cover. Starscream is getting punched in the jaw by a very Juggernaut looking character. But this ripped man is posed in such away it took me forever to realize what was going on with him. And again, the colors played a part in that. Near the top right of the cover we have a flying human female in a decent costume. “The HUMANS STRIKE BACK!” is written along the top just under the green Transformers logo. The cover is a miss for me. So lets see if the story within is any better. 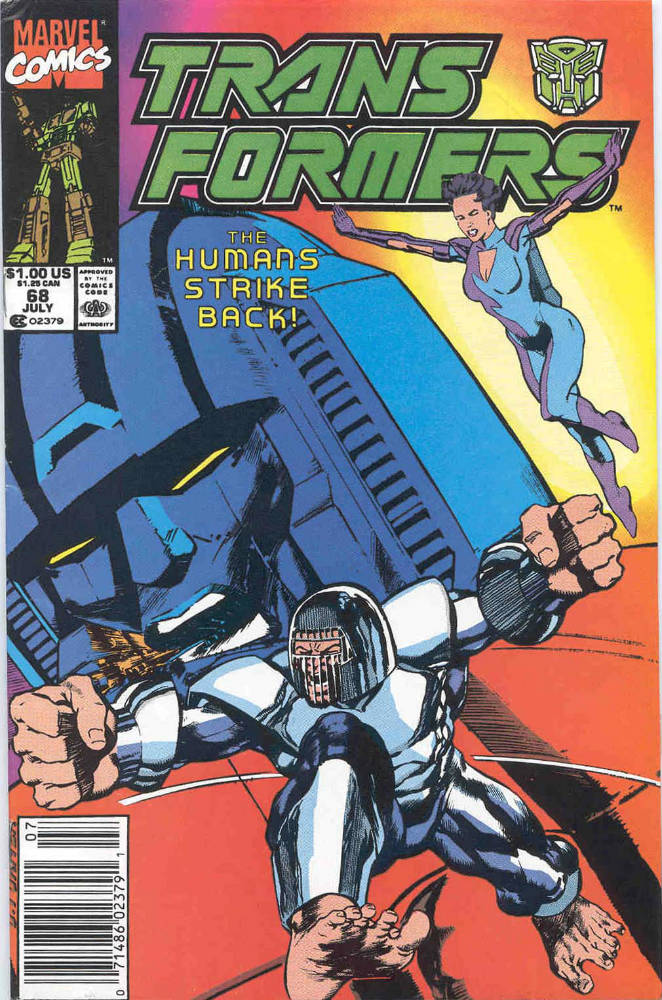 G.B. Blackrock is in this issue to clean up where the R.A.A.T. failed. In an way that reminds me of X-Men’s Professor Charles Francis Xavier, Blackrock start builting a team of Super-Humans. Thunderpunch and Rapture are his first two reluctant recruits. The team’s goal is to help deal with Transformer incidents that occur on earth. Their first missions is to hunt down a possible third member of the team known only as Mister X. 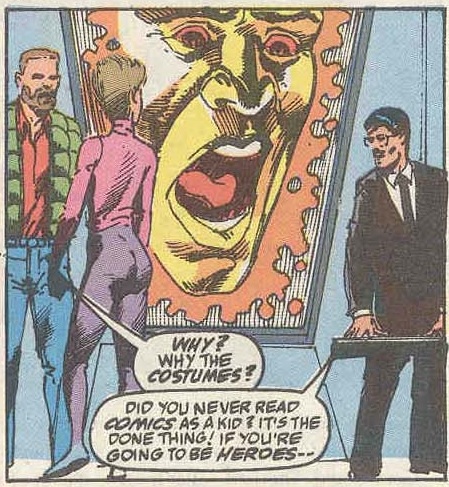 Starscream is also interested in Mister X. He sees this super human as an endless source of energy that he can use to defeat Scorponok and take over as leader of the Decepticons. As Starscream zeroes in on Mister X (A.K.A. Hector Dialonzo), Circuit Breaker shows up try and convince the guy to join her. Of course a fight breaks out. 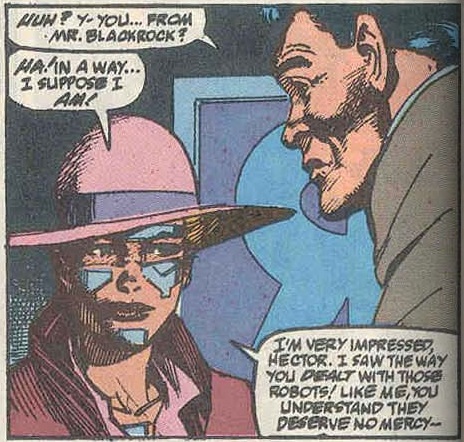 When Blackrock’s team arrives it all turns into a three team fight for Mister X. The fighting only stops when Mister X says he will listen to each groups proposal and pick on. In the end Blockrock is picked by Mister X. Blockrock makes the same offer to Circuit Breaker and she accepts.

Later, Starscream finds himself standing before Shockwave who asks him to join with him. 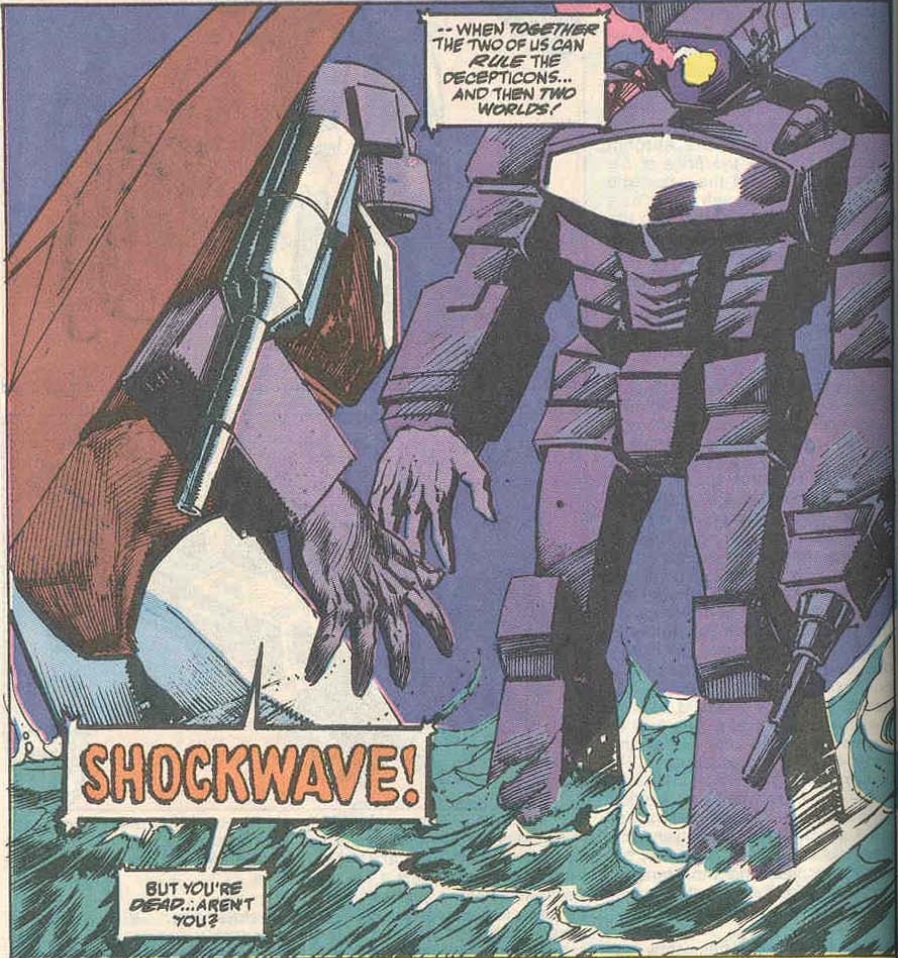 So the way I see this, we’re getting an X-Men like element added to the Transformers Universe. I don’t know if I’m okay with this. I have no choice to to wait and see what happens. It was nice to see Circuit Breaker and G.B. Blackrock again.

The real ‘Oh Shit’ moment for me was the last page and Starscream coming face to face with Shockwave. Totally ready to see what happens with these two.

Dwayne Turner was the artist on this issue. I don’t know if it was him or someone else but the thick line work made this issue feel muddy to me. I didn’t care for the art at all. Total bummer.

So what did you guys think of this issue? You agree or disagree with me? 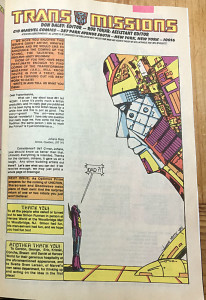 What can I say about issue #61 but WOW! I know it’s pretty much a British production, and I’m really glad you published it! I’ve been trying to find British issues for a while now and this is just as good. The story-great! The Art-awe-some! Marvel-wonderful! I have only one question that really bugs me. How come Hot Rod or Rodimus (the same person) look so much like Primus? Is it just coincidence or…

Coincidence? Us? C’mon, Johana, you should know us better than that. (almost) Everything is intended. Thanks for the cartoon, Johana, it gave us all a laugh. Any other budding artists out there? Let’s see what you can do! If we receive enough, we may just print a whole page of drawings!