Issue 28 and Grimlock is in charge. In this issue he starts talking more like his cartoon version and seems more interested in his appearance and throwing temper tantrums than being the Autobot leader. Before we get into the meat of this issue lets check out this cover. 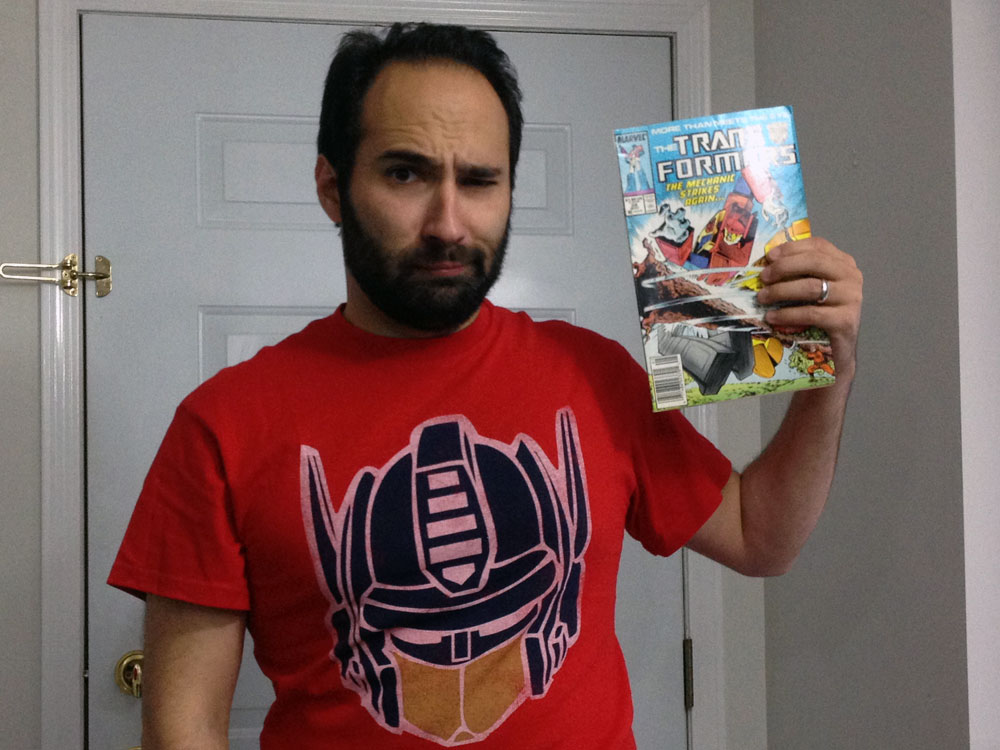 This blue cover with white logo depicts the small human villain, The Mechanic, using the Power Booster Rod, stolen from the Autobots in issue 26, attached to a tree truck like a baseball bat to strike at Blaster and Goldbug which is taking up the center of the cover. This cover really emphasizes the how powerful the power booster rod can make an ordinary human. “The Autobots Strike Out” is written on the lower right side of the cover. It also appears that the price for an issue Marvel’s Transformers has gone up to a $1.00. 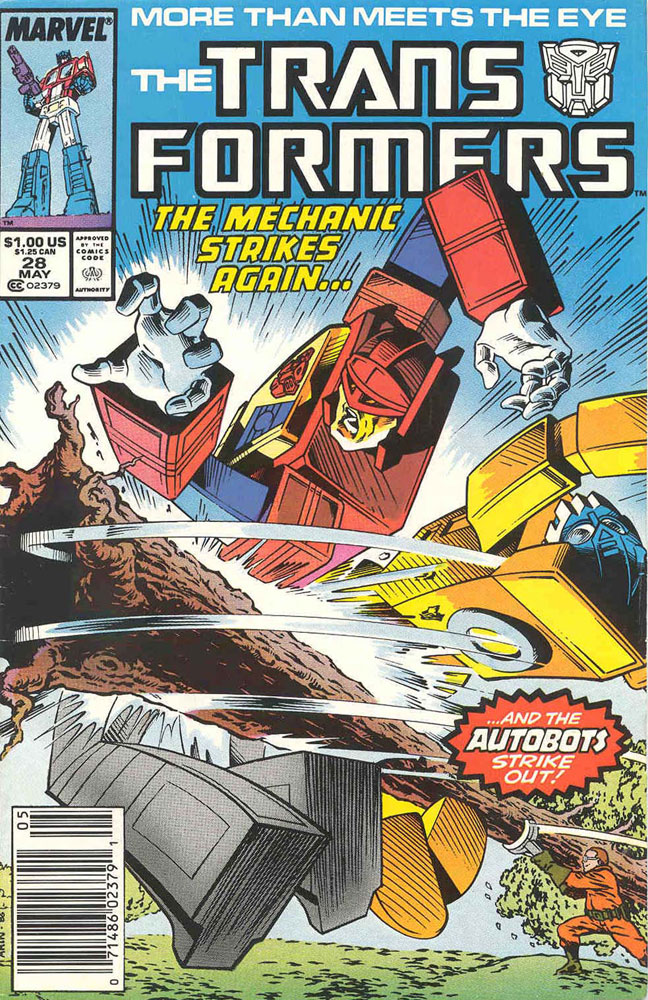 With the Power Booster Rod, Cryogenic Sprayer and the Laser Scalpel take by the Mechanic in issue 26, our villain launches into a crime wave where he starts stealing tech equipment. 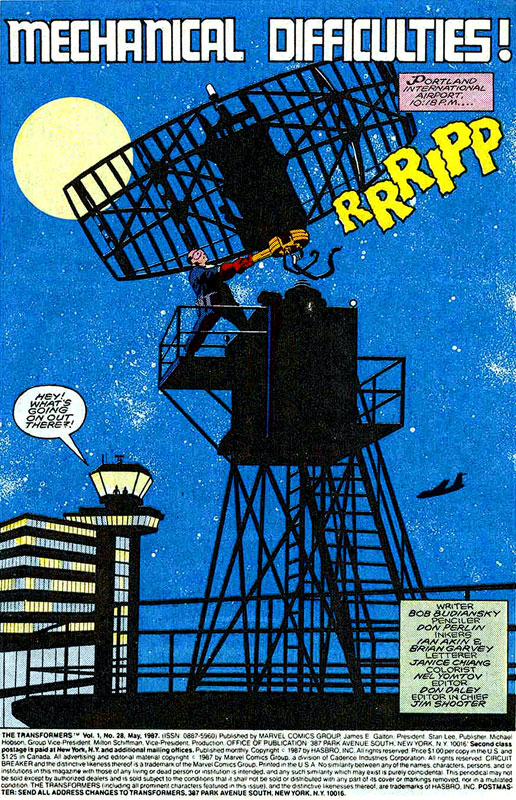 Blaster and Goldbug, are ordered by Grimlock, to find the Mechanic and recover their stolen tech regardless of if human lives are at stake.

Members of the Portland Police Department are also trying to bring in the Mechanic to face justice. The Police believe that the Mechanic is using Transformers technology to aid his crime spree. Because of recent news events the police have been ordered to deal with the Transformers with force if required. This results in the police and the Autobots affecting each others efforts to capture the Mechanic and he is able to keep out of custody. 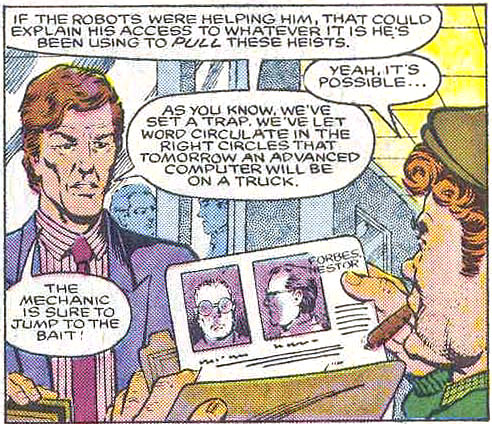 The Mechanic calls for a meeting with all the local crime bosses and shows them his modifications to their cars that equip them with advanced weaponry. 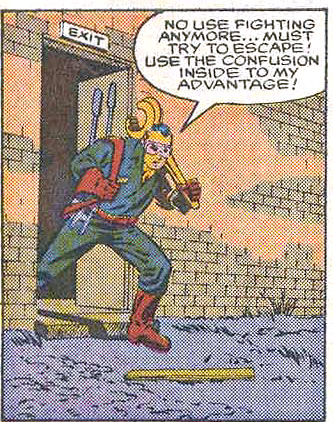 Blaster and Goldbug feel that Grimlock is an unfit commander and that he will see their current mission as a failure since they did not capture the mechanic. Both Goldbug and Blaster decide to head out on their own. 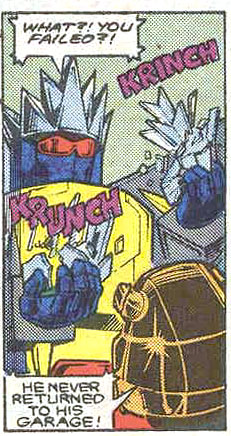 I am just going to come out and say it. I pains me to say this, but I am just going to say it. I am not a fan of Grimlock at the moment. In this issue he is being shown a lot like his TV cartoon counterpart. Speaking in that that broken English anyway. Something that works perfectly fine on TV but fails in the comic. Maybe this character fails because this is a change from how he has been showed in previous issues of Transformers or maybe its because he is being written as a power hungry selfish bastard.

I know that from looking at comic book covers, Grimlock is a character that exists in future issues of Transformers and on through Regeneration One. So I have nothing but hope that his character will get flushed out and become something that I actually enjoy reading. Right now however, I am not.

The rest of the issue was far from my favorite also. It felt forced to me, I guess. New human characters where introduce in the form of the Oregon police. I am not sure if it is because they will be making a return of if the writers are just trying to show how much the Autobots car.

My favorite thing about this issue was the cover art. It is pretty cool.

The Mechanic got himself established in some nice digs and equipment rather quickly. But that’s just how super villains roll. It will be interesting to see what his third appearance will be like.