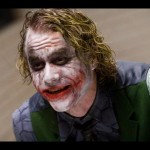 Heath Ledger as the Joker 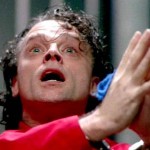 I know this post is coming out of left field, but this is  an idea I have had floating around in my head for a while. In the last Batman movie (Batman: The Dark Knight) the Joker lived. But the actor Heath Ledger past away. Now I highly doubt that the next Batman movie will have the Joker in it. Which is sad because the battle between batman and the joker has always been and on going one. But should they decide to bring  the character back in the next film  think the actor Brad Dourif is the best possible replacement. Brad played a character on the X-files once, named Luther Lee Boggs and I think based this roll proves he is the best replacement for Heath Ledger as the Joker.