At this point my review of the classic Marvel Transformers comics, we have come to the end of Bob Budiansky’s writing for the series. Transformers issue 55 was his last. The man’s involvement from the beginning of the series now ends and Marvel UK writer, Simon Furman respectfully takes over. Building upon the ground work that Budiansky left behind, Furman takes the story to new and different highs. You’ll read about it in future reviews. 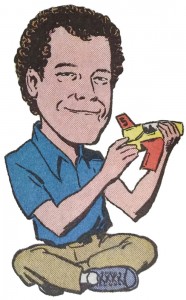 I’ve been flattered that so many people have been reading my reviews of these comics. I’m even more taken back that I’ve gotten requests to talk about Budiansky’s run of Transformers when I got to this point in the comic reviews. One of my readers who has been encouraging me to do this is Sean McCarthy. His enthusiasm for me to write this post prompted me to ask him to do the same thing. Tomorrow, I’ll be putting up Sean’s thoughts on Budiansky so everyone can take in a different view of his work.

And if that wasn’t enough, I’ve also asked my good friend and cohost of the TransMissions Podcast, Charles to do the same thing. His top five books will be posted just after Sean’s.

Bob Budiansky is largely credited as the man who breathed life into these transforming figures, and rightfully so. As an editor, writer and even a penciler at Marvel Comics, Budiansky was a very busy man when he was asked to come up with names and back stories for most of these Transformer alien robots. On top of that, the guy ended up writing almost all of the first 55 issues. as well as the Transformers Universe books and the movie adaptation comics.

With all of this Transformers work under his belt, it’s easy for one to see how his last penned issue of Transformers could be viewed as a writer venting his frustrations. I, on the other hand prefer to see Budiansky’s last issue as I did when I was a child. Another epic Transformers story of good vs. evil.

I don’t have any life changing stories to share with you about Budiansky’s work. As a kid, I didn’t have regular access to comics. The Transformers books I did get where random issues at random times throughout my childhood. Each one to me was a new story I had not yet read or seen on TV. I eagerly read them and took them for the stories they where and I didn’t spend any time trying to figure out if there was a hidden meaning behind each story. They where just good stories that I loved reading and that gave me a warm and fuzzy feeling inside. A feeling I still get when I pull open one of those old issues and smell the pages just before sitting back and rereading it.

With all of that said, here is my list of the top five best and worst, Budiansky Transformers stories.

My Top 5 favorite issues of Budiansky

Coming in at number 5 is issue 20, entitled: ‘Showdown’. What I love about this issue, besides a bikini dressed Charlene, there is character development. Something that doesn’t get a lot of time in early Transformers comics and is probably due to the fact that Hasbro was trying to sell some different toy each week. Making Budiansky’s job penning each issue more difficult.

This issue focuses on Skids, who misses his home world, dislikes war, and finds momentary peace with an earthling named Charlene and her life.

What I remember about this story is that it gave me some real insight into Cybertronians. That not all of them want to fight. It made me like Transformers even more.

At number 4 I present you issue 31, ‘Buster Witwicky and the Car Wash of Doom‘. An issue that got a lot of flack from fans, but I love it. The art and the story I found very entertaining within these pages. I remember when I first saw this cover and not liking. But more and more I find myself loving it now.

31 has a title that plays on Indiana Jones. By using G.B. Blackrock, Ratbat is able to put in place brain washing car wash stations all over. Once you have gone through the car was you are at Ratbat’s beck and call. Only through a flash of light can the hypnotic effect of the car wash be canceled out.

Number 3 is issue 17, ‘The Smelting Pool‘. I’m cheating here because this is a two part issue. But what a two parter. In ‘The Smelting Pool’ we are introduced to to Blaster like a slap in the face. This bad ass Autobot is a clear choice to led the Autobots, but never seems to want the job. Which is to bad for readers because we can all imagine how things would have turned out for the Autobots if he had lead.

This and issue 18 are a good example of how Budiansky presents us with something we all want (a new Autobot who we all like and want to lead), but never gives it to us. We pick up issue after issue hoping he be the force to light our darkest hour in the absence of Optimus Prime. 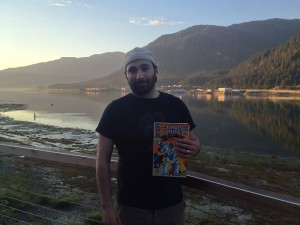 Issue 25 is a pretty amazing issue. Thinking back on this issue, one really can see how much light needs dark. How much evil needs good. How much Megatron, needs Optimus Prime. What I really like about this issue is that we get to see Megatron really good crazy over not feeling like he has a purpose after the death of Optimus Prime.

Budiansky’s wrote a great story here. Almost dark. Dark if you think about it’s target audience. It’s an issue that adds a lot of character depth and development to Megatron.

Picking a number 1 Budiansky story is so hard. I wish I could travel back in time and ask my younger self this question because I believe I would have been more sure about my answer. As an adult, I find my favorite story is always changing. Currently it’s issue 13, ‘Shooting Star‘.

I love this one-issue-one-story. It’s not easy to do. Here we see an incapacitated Megaton in the hands of a human and what would happen if a human had that kind of power with in his fingers.

Coming in at number five is Transformers issue 8. ‘Repeat Performance‘. An issue with a pretty decent Dinobot cover, but a story leaving behind a lot of unanswered questions. Its these questions that leave a bad taste in my mouth for this issue. 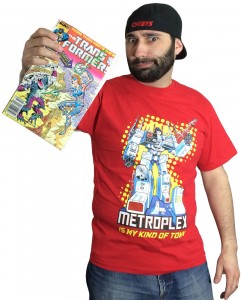 Pulling in at the 4th slot is Issue 45: Monstercon from Mars! This issue is very human heavy. On a level I can almost forgive that. I know Budiansky was most likely dealing with issues the arts had drawing robots when they would rather be drawing humans, or Spider-Man. Though, Jose Delbo, who drew this issue, I don’t think was one of those artists. But this issue might have been written before an artist was assigned to it. It’s fun to speculate like this. But I wish could know for sure.

This issue really isn’t needed. You could lose this issue and not miss anything. It just feels like filler or that it was phoned in. 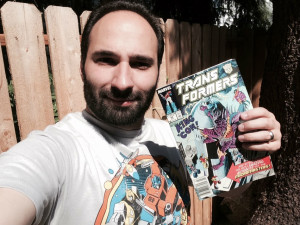 Landing at number 3 is Issue 54: King Con! This was a very wordy issue with a number of new Transformers introductions that I just feel hurt the book. Though the Transformers Introductions are not Budiansky’s fault, the issue suffers as a result of it.

The story, if you removed all the extra crap that had i believe Hasbro wanted in it, isn’t bad. It’s just a lot of dirty to sift through to get to the core. A shame. 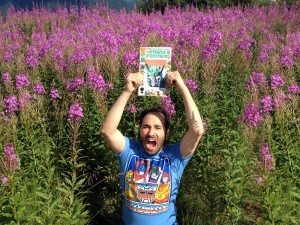 Sailing in at Number 2 is issue 22: Heavy Traffic! This is an issue where I feel like things are being jammed into place just to make the story work. For example, the Cerebro-shell that Bombshell shell uses to control a human in previous issue is used here on Optimus Prime. That doesn’t work for me. Yes, Budiansky nurfed just how much control Bombshell would have over prime, but still it sticks out as something being forced into play just to make the story work. For me, it doesn’t.

It’s also revealed here that Transformers have an on/off switch. Something that never came into play before and hasn’t since. 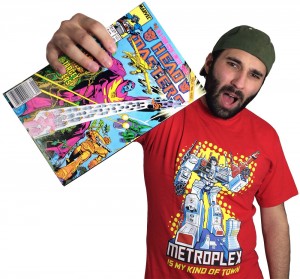 Sucking at number 1 is…. The Head Masters mini series. All four issues. Suckage. I don’t like these books. They felt like tool just to sell even more transformers. I do think the Head Masters gimic is cool, but there is still so much potential to tell stories with the core group of Transformers on earth. But the stories where not written that way. They where written to sell toys and when Hasbro says you have to write about something, you can’t fight it.

Budiansky is a great writer. I would love the chance for him to write more G1 stories. A lot of these picks for worst Budiansky stories are not his fault but the results of the constraints he had to work in. At least, that is what I believe.

So how do you feel about my top 5 best and worst Budiansky stories? Lets talk about it below in the comments.