With The Transformers: Headmasters Issue 1, we take start a 4 issue detour from the main Transformers comic book run. These next 4 headmaster issues will merge with the main Transformers story line with Transformers issue 38. From what I have been reading online, I believe that the Headmaster storyline caused some delays for Marvel and this is why they had to use the ‘Man of Iron’ story line a few issues back to fill in the gap. Now, before we get started with the review of the story and my thoughts, lets check out this cover art! 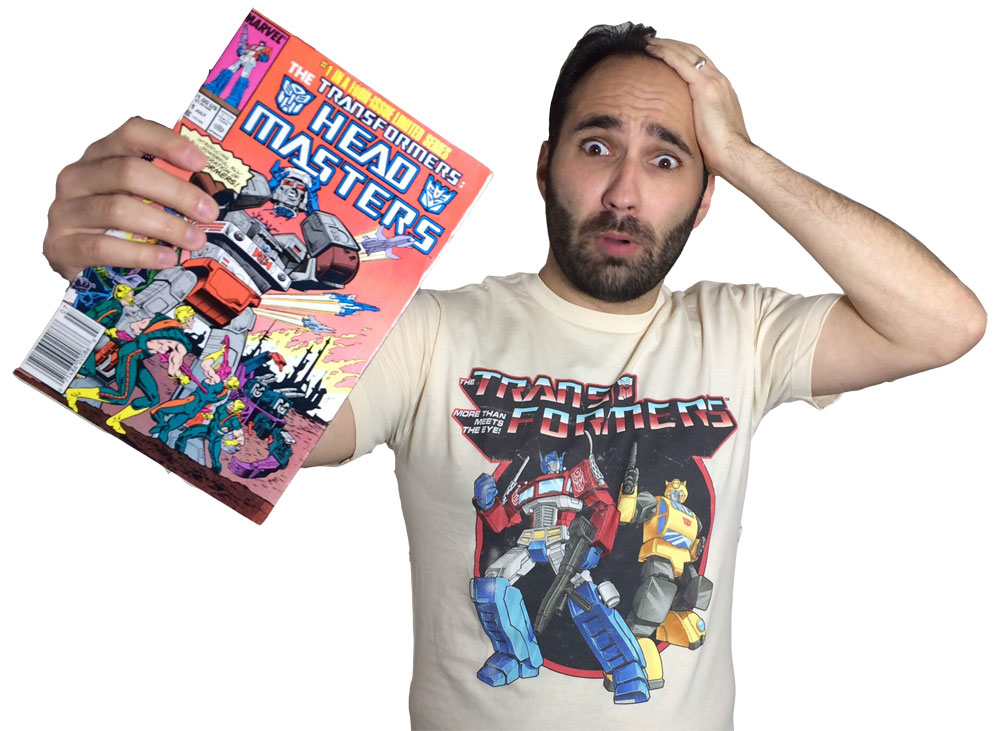 Find great Transformers T-Shirts like the one I am wearing at 80sTees.com

The cover for the first Headmasters issue has Fortress Maximus front and center ripping off his own head before some armed oddly dressed humanoid looking people. In the background of the cover are Scorponok and aerial Decepticons. The cover feels very futuristic. On the cover is written, “Introducing an all-powerful, all-new generation of Transformers!” Under the Marvel logo is Optimus Prime. Not sure why he is here. Why is it not Grimlock or one of the Headmasters? I don’t know. But it does give off the feeling that this comic is tied in with the action Transformers comic. Over all I like the cover. The art is well drawn. Not my favorite, but I do like it. 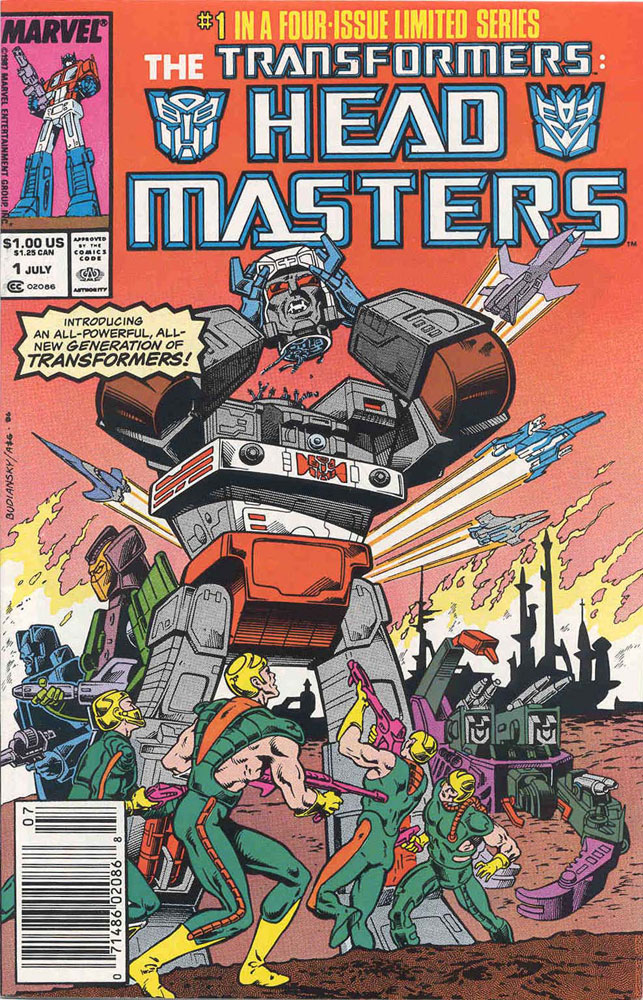 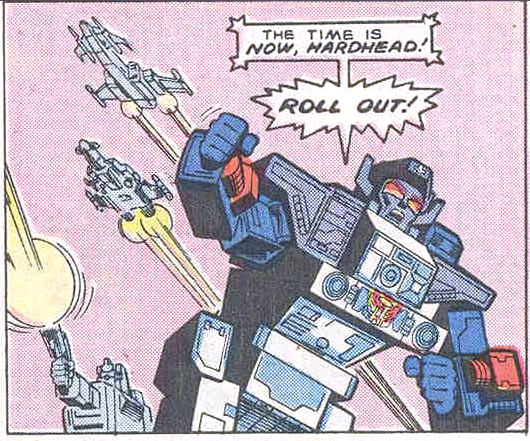 Back at the base the Autobots are celebrating their victory, but Fortress Maximus quiets them all down as he is angry because even when they win a battle against the Decepticons, their home planet suffers in the long run and lives are lost. 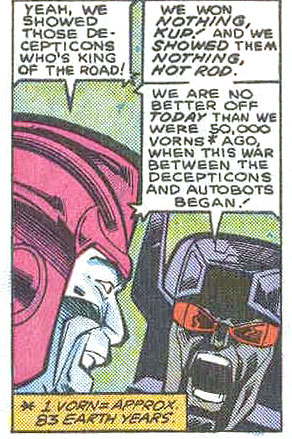 After growing tired of the war, Fortress Maximus leads a group Autobots off world too the planet Nebulos in hopes of living out a peaceful existence. Upon landing on the planet, Fortress Maximus send out Highbrow to make first contact with the planets humanoid inhabitants. 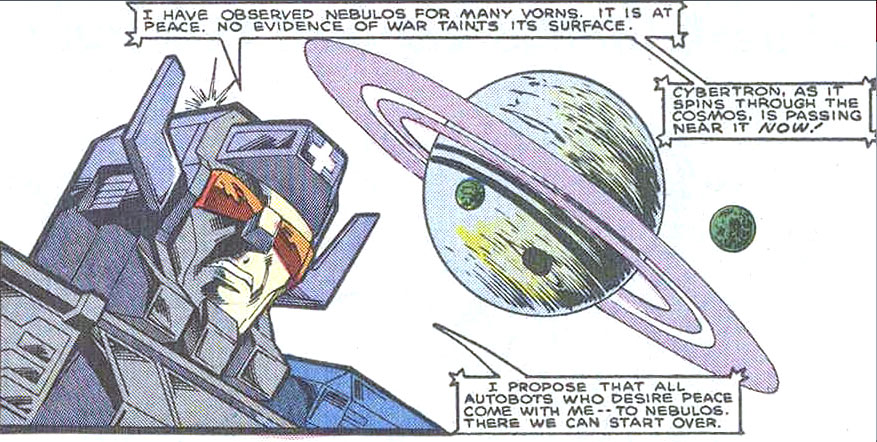 Highbrow’s first encounter is with Gort and his lover. Gort, who panics at first sight of the Autobot, and in confusion his lover trips and falls, injuring herself. Highbrow is very apologetic here and hands off a small holographic protector to the women which contains a message of peace from Fortress Maximus. He then leaves. 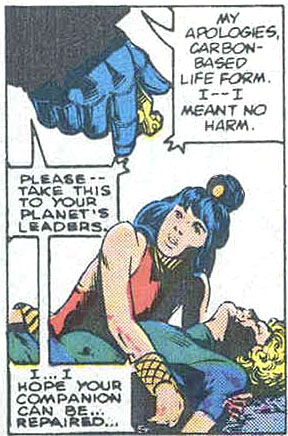 The next day in the humanoid city of Koraja, the city council meets to discuss the Autobot message. Lord Zarak, a clear troublemaker, tries to strike fear in the Nebulans and push them to war. Galen disagrees with Zarak and argues that the Nebulos are a peaceful people and have been for years. They must make peace the first choice. 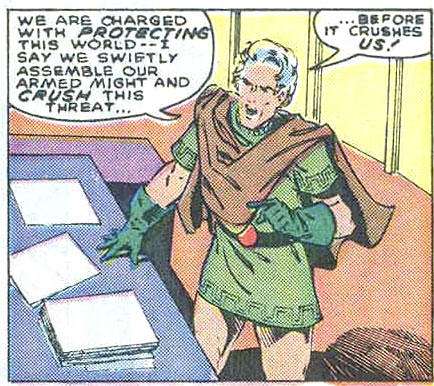 Later, Blurr arrives in the capital city of Koraja and begins to speak of his wish to leave in peace. Krunk, one of Lord Zarak’s henchmen, uses a magnetize weapon on Blurr, causing his arm to dislodge a sculpture and send it crashing into the crowd. People panick and Nebulan guards fire from the city’s parameter. Blurr leaves, his message of peace lost admits the chaos. 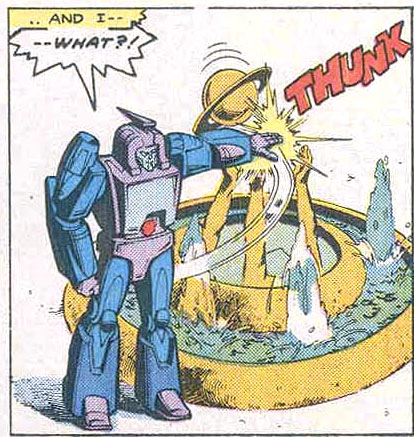 After Blurr’s visit the Nebulans pull out their war machines of the past and use it to attack the Autobot camp. Fortress Maximus orders the Autobot not to attack as they retreat further into the wilderness. 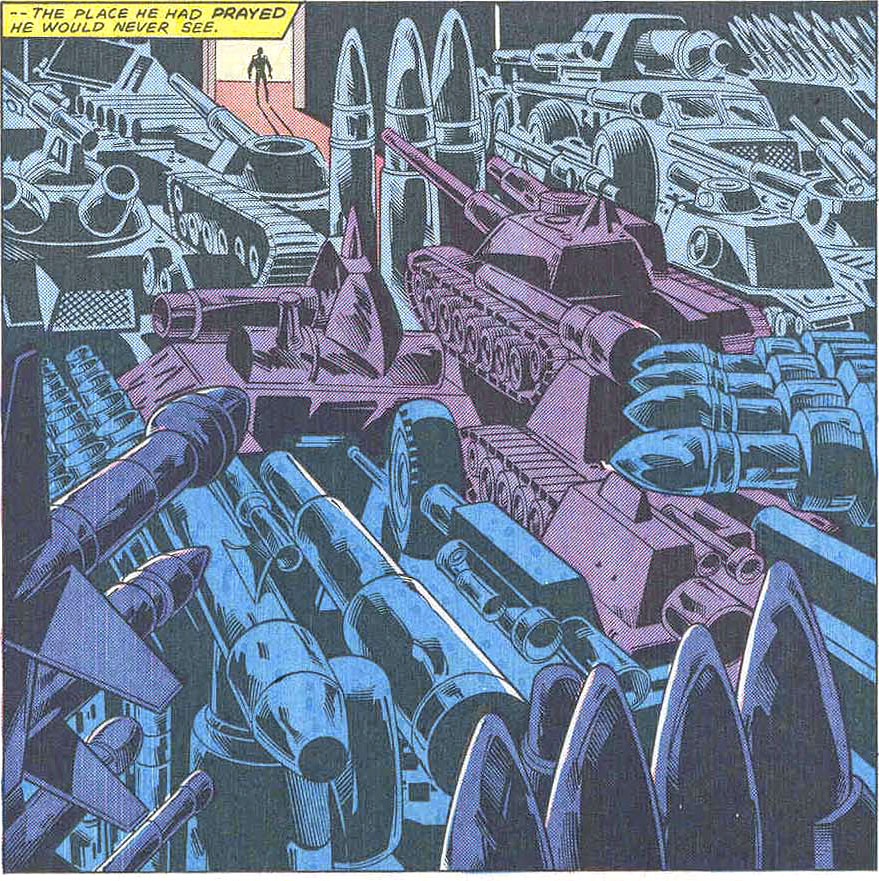 The very next day, Fortress Maximus, along with ten other Autobots march to the capital city and throw their weapons down in a show of peace. Zarak advises Galen to fire upon the Autobots, but Galen holds fast. In another show of peace, Fortress Maximus, Highbrow, Hardhead, Brainstorm, and Chromedome pull off their heads from their bodies and place them down on the ground. By doing so they have rendered their bodies useless. Galen accepts the offering of peace and states that there will be no war today. 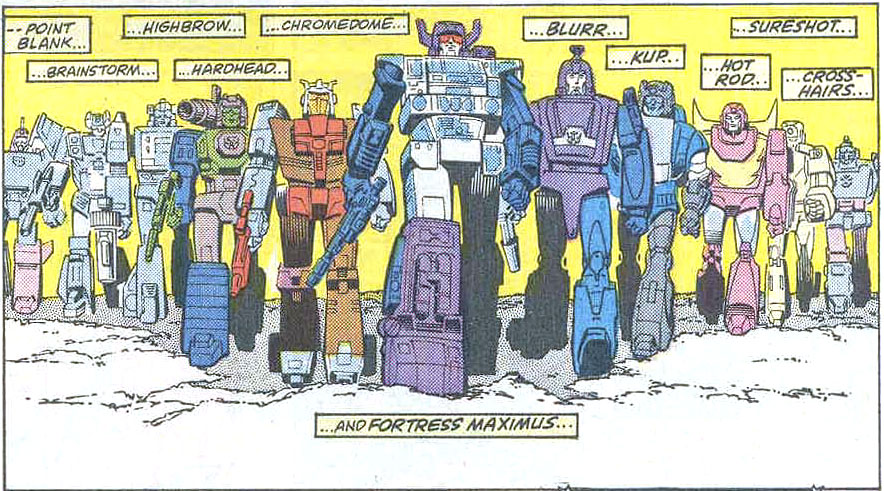 The first though in my head after I finished reading this issue was, “Well, that was different.” Marvel is trying to introduce a bunch of new characters here and it appears that the best way to do this was to give these characters their own limited series. The story works. I didn’t feel overwhelmed at any time. Just took me a minute to shift gears to a story taking place on another world with new characters.

Fortress Maximus’ devotion to peace is very admirable and so are the lengths he is willing to go to in order to achieve that goal. The dialog between Fortress Maximus and his fellow Autobots at times feels forced. Particularly when it comes to wanting to fight back against the Nebulans when everyone who got on board the space craft to travel to Nebulos understood that the goal was for peace.

I’m looking forward to the next issue to find out how the Decepticons and eventually Earth are going to factor into everything.