I gotta do something here, I still can’t believe it. I gotta give you your dream shot! I’m gonna send you up against the best. You two characters are going to Top Gun.

My brother came home from fishing. He barely got inside and put his things down when he asked, “Did you get a new game?”

“Rarely in life has anything cooler ever been said.” 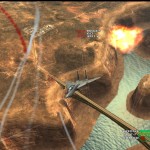 How true his statement is. Top Gun is was on the best movies ever made. It was one of the best things to ever come out of 1986.  Growing up Top Gun was the movie to watch. Hell, it’s still the movie to watch. Especially when you don’t know what you want to watch. You can always toss in Top Gun and instantly feel good. 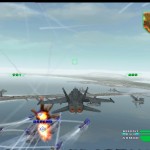 Earlier that day I head learned that a Top Gun video game was being released for download on the PlayStation 3. It was a high priority for me to try this game out when I got home from work. My brother walked in on me just as I had booted it up. Together we spent the next few hours, and then days, flying our way through the tutorials and starting our missions. 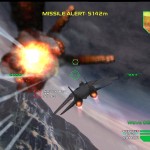 The game follows the original Top Gun movie pretty well. Several lines are reused from the movie throughout the entire game which does nothing but make my brother and I smile and remind us how cool the Top Gun movie is. From what I have read on-line the producers of this game got help from the original screenwriter of the movie to created fresh action at flight school and they added more combat against the Soviets over the Indian Ocean. This game is just all kinds of awesome! Having music from the original movie does nothing but make me believe I can pull off a 4G inverted dive.

My brother and I have been playing through the story mode together. One day I was walking out the door and Abe asked me “You want to play Top Gun?”

Abe fired up the PS3 and loaded Top Gun just as I was getting ready to leave.

“What is horde mode?” he asked.

Abe started up horde mode, the screen loaded and a voice came on and said “It’s just you, the sky, and an endless supply of enemies.”

“Alright!” he exclaimed, “I bet you wish you could stay.”