I recently got a shipment of Kinder Surprise Eggs that to my astonishment came with Marvel comic book characters. 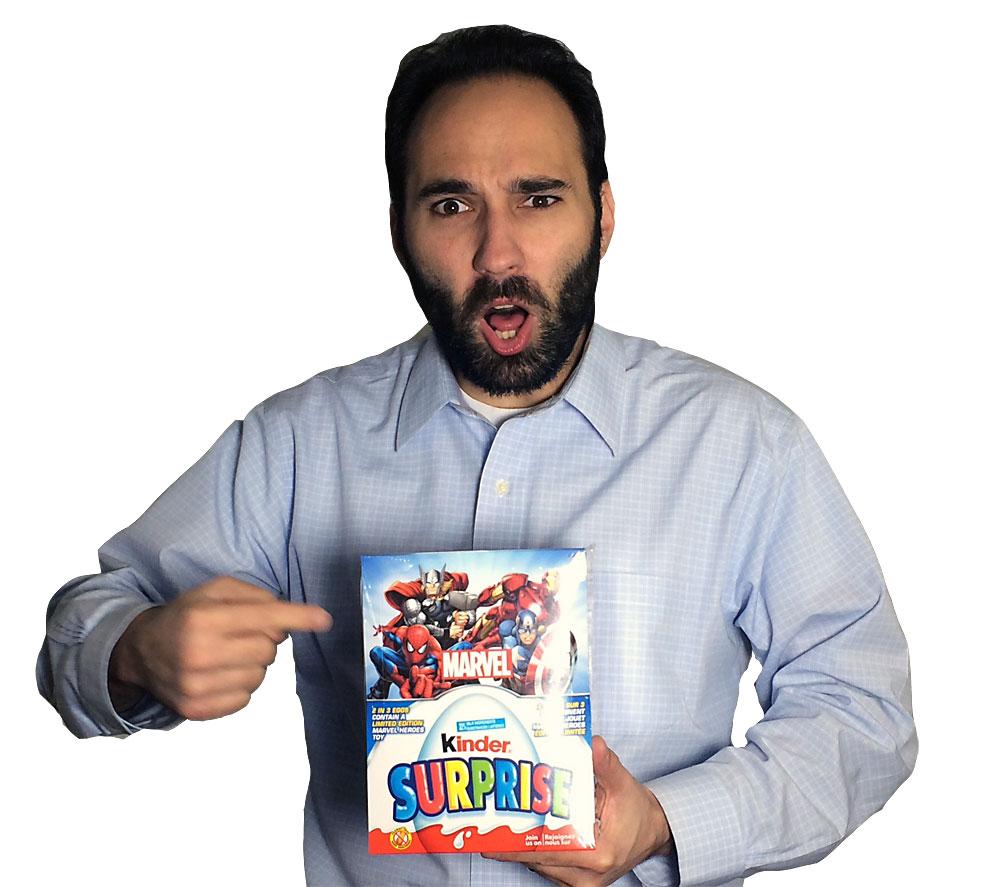 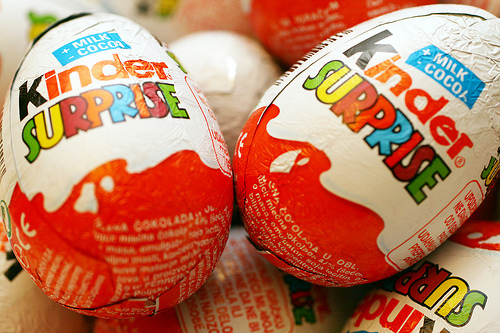 Well, at some point the US band Kinder Surprise. I believe it had to do with the possibility of children choking on the small toys inside. (I believe this is also why reissues of the original Optimus Prime Transformer can no longer have long smoke stakes.) To me it this is all a bit ridiculous, but I am not here to argue about laws that I can’t change.

So anyway, a few years ago, I found myself really missing these chocolate eggs. So much so, that I went to Google looking to see if I could buy them somehow. While searching for ’em, I found out that sometimes they put themed toys together for the eggs. Like Disney, The Simpsons, even Hotwheels. Which is all great, but I just wanted to figure out if I could order them from somewhere.

One day, several years ago, while I was not being very productive at work, I started talking about this to a coworker of mine. She told me that I could order Kinder Surprise Eggs online and that she herself gets them every year for Christmas. She pointed me to a website called, The Dutch Market. A Canadian website that ships Kinder Surprise Eggs to customers in the US. I have no idea how why they are allowed to do this and I don’t ask because it is just so cool to be able to get these eggs again.

That was the first time I ordered Kinder Surprise Eggs and I have done so every year since. They are really great to use for stocking stuffers and I enjoy handing them out to guests when they visit.

When you are ordering from The Dutch Market, you don’t get to choose what kind of themed eggs you would like on the website. Though, I imagine if you are current on what kind of themed eggs are available at the time, you might be able to e-mail the website after your order is placed and request the themed set you are interested in. In the past, I have just received orders of eggs with generic toys inside and they have always been fun. 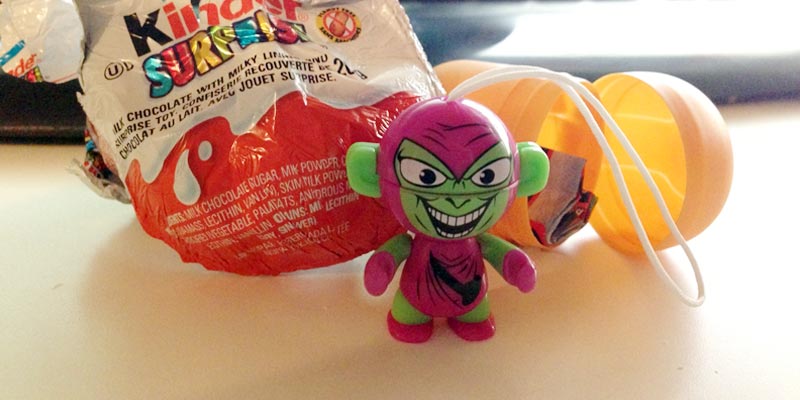