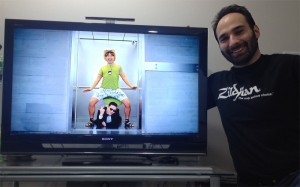 It has been a while since I have written any kind of update on the Mac Media Center Project. This is because it took a long time to encode all the movies I own. Along the way, I came across a few issues I had to learn how to trouble shoot. This page, I hope, will serve as the location for any issues and solutions I find regarding this server setup in hopes that others will find it useful.

I have always been told that there are two types of people in the world. Those who have lost their data and those who will lose their data. I have lost my data. I failed to backup my first laptop and ended up losing all of my personal photos and documents up to that point. I will never see these items again. Ever since this happened to me, I have always been diligent with my computer backups.

Backups can be preformed in any number of ways. Some ways are better then others and it’s just up to you to research and pick out the method that will work best.

Costco recently had a sale on 4TB Seagate external hard drives. I bought two of them and hooked them up to my Mac Mini. My NAZ is setup with four folders/directories. ‘Movies’, ‘Music’, ‘Photos’ and ‘TV Shows’. So using my Mac Mini, I thought I would just try and copy over one folder at a time to back up my server and repeat this process once every other month. So I clicked on the ‘Movies’ folder and dragged it over to my first 4TB external drive. A couple of minutes into the copy process the job fail with the Mac OSX finder giving me some odd error. I tried it again with the same result. I then tried a different folder. I tried to copy over ‘Music’ with pretty much the same results.

After doing a little online research, I discovered that OSX’s finder has bugs in it and one of them is reliable coping. To solve this problem I switched to the UNIX terminal on my Mac and proceeded to copy the folders over using the following command.

Not only did this work, the text out put showed me that one of the movies was corrupt. This is an easy enough fix. Put the movie back into the Mac Mini and re-encode it. Problem solved

I used the UNIX cp -r command for the remainder of the folders needing to be copied over. Once I was done backing up my server, I took the hard drives to my office and locked them up. The whole process took a couple of days to complete, but now I have a nice off-site backup of server.

You may want to look into a tool like TrueCrypt or the Macintosh’s Disk Utility to encrypt your data as well.

When I first started encoding my DVD collection I was surprised by the standard video resolution of DVDs. While a standard DVD NTSC has 720×480 pixel resolution a wide screen DVD is 864 x 486. That’s small when compared to the pixel resolution of new flat wide screen TVs. I have found with older movies that the resolution can be even smaller and results in a poorer looking movie when all is said and done. In going through my large collection of DVDs, I maybe found 5 movies that where a smaller resolution then 720X480.

Now, I don’t know about the rest of you living in the 21st century, but my flat screen TV is a lot bigger then that. I currently have a 40 inch flat screen and when I play one of my encoded movies at full screen things can look hazy as a result.

For example, using Apple’s Quicktime to play a movie I have encoded at full screen just looks horrible  I have no idea why Quicktime’s upscaling is so bad, but it is. I have seen amazing results using VLC to play my movies on my flat screen.

I have read on line that any TV larger then 40 inches is going to result in losing image quality  Things might look muddy or blurry or pixely. That this is just the limits of upscaling. I have not tested this for myself, but it is something to be aware of and maybe do some research on if you are planning on picking up a TV larger then 40 inches.

It seems like 1 out of every 10 DVDs I buy has some kind of newer copy protection on it that I was not able to easily get past. There are a couple of way I could have dealt with this. One way would have have been to dual boot my Mac Mini with Windows. There are several more ripping and encoding applications for Windows then Mac and I might have found a free solution there.

I ended up purchasing a Mac application called MacX DVD Ripper Pro which, so far, has not been stopped by any copy protection I have seen.

In an ideal world, I would take these copy protected DVDs back to the store and demand my money back since I can’t use the media I purchased in a way I want. Vote with your dollar.

That’s what I have learned so far. I hope you have found these sets of posts on my Mac Mini Media Center Project helpful.