I’m stoked to open up and read this issue. It will be the first full issue that should be peppered with Transformers since the original comic run ended in 1991. Again, written by Larry Hama. But before I dive into this review. let’s first check out this cover art.

Of these G.I. Joe / Transformers Generation 2 crossover books, this cover sticks out in my memory the most. Even with Megatron’s new body and face, now blue, you know it’s him. The artist here really captured Megatron’s essence. Then you have him holding up Cobra Commander. This really gives the feeling that we’re about to witness one of the greatest and evil team-ups in comic book history. I fucking love it! 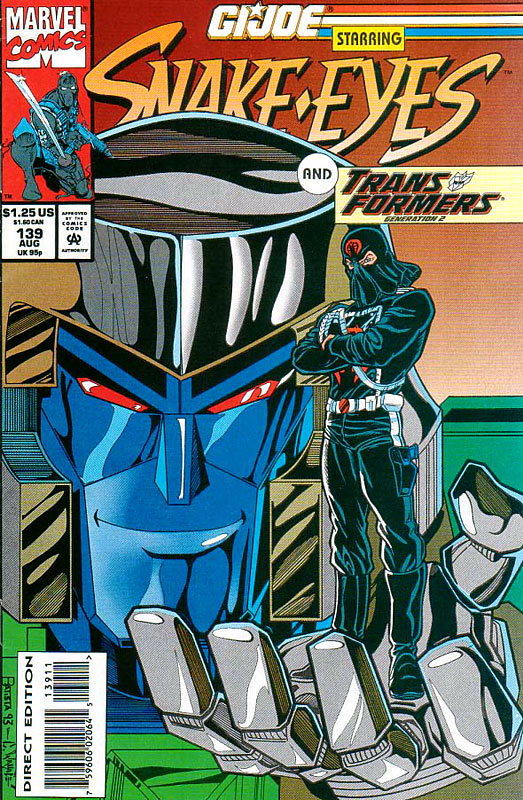 The issue starts with Dr. Biggles-Jones, Zarana, and Cobra Commander running away from a very angry Megatron. The Decepticon is livid that Cobra Commander proposed a deal within the last issue. As a result, Megatron is taking his rage out on the shape shifting castle that attracted him in the first place. 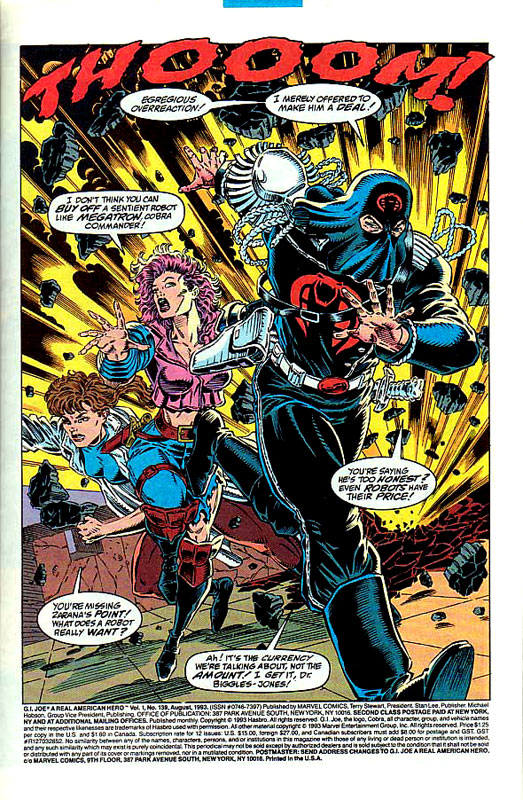 Dr. Biggles-Jones strikes back with her specially designed rail gun. Megatron is so impressed by the damage the rail gun caused to him that he tries to examine it, but first, must deal with its operator. Cobra commander steps in to stop him explaining that he is about to harm the creator of the weapon used against him. At this point, Megaron proposes a trade with Cobra Commander. All the Cybertronian tech on the Ark for the rail gun and a complete refurbishment, refitting, and systems upgrade for himself.

We jump to Slice, who remains skeptical about Scarlett’s true allegiance, as she is being added by a medi-viper. Departing from the castle, with the Joes, Destro tries to talk with Snake-Eyes. He wants him to know that he had little choice in the actions he took against Scarlett in the last issue. But Snake-Eyes clearly doesn’t care for Destro’s words. 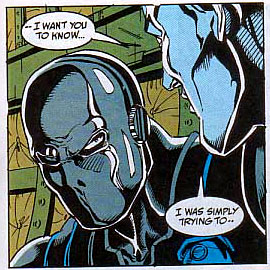 We cut back to the castle and a disassembled Megatron. Cobra is in the middle of upgrading the Decepticon. Zarana suggests to Cobra Commander that with Megatron is such an exposed state they are in control and could make more demands of him. Cobra Commander chooses to not alter the original agreement made. Megatron over hears this interaction and is amused by it. 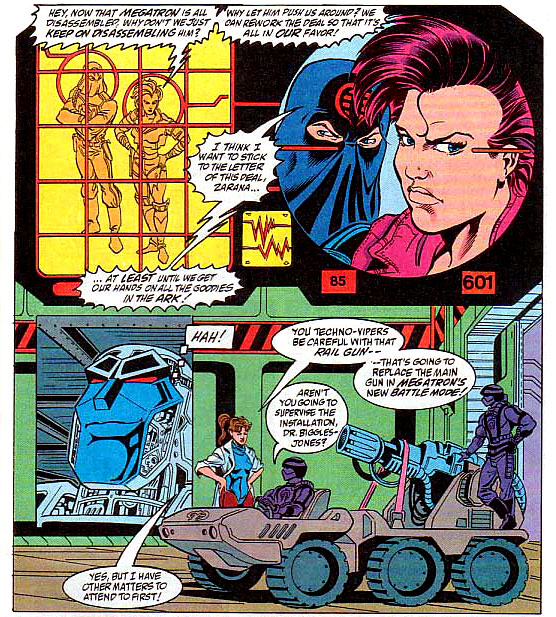 We now cut to Scarlett’s room where she is doing a whole lot better than earlier. Evidence is presented to cobra about her injury implying that Snake-Eyes didn’t try to kill her. The Baroness and Destro arrive at Cobra Island looking for an intact brain wave scanner which seems to be missing Mindbender’s cloning vat. Zartan believes it could hold the secret of Mindbender’s resurrection.

We cut back to the Cobra Castle where a purple and green camo decorated train rolls out and tests its system on remote-controlled HISS tanks. Megatron is pleased with the results of Cobra’s upgrade efforts. Megatron reveals that he has heard everything Cobra Commander has said. Including his rejection of betrail from earlier in the issue. He also informs the commander that he is capable of detecting the electrolyte-rich protein bath holding inert organic tissue. Cobra Commander brushes off Megatron’s observations until Megatron informs him that the organic tissue just started breathing. It appears Dr. Mindbender is alive.

I haven’t had any exposer to old school Transformers comics since last June. In fact, my only exposer to Transformers comics has been the new generation of stories produced by IDW Publishing that we review on the TransMissions podcast. So, reading this issue of G.I. Joe was amazing for me. This is what I have been missing. This is great story telling and amazing art. This is everything missing from the modern day take on Transformers. I’m so glad people can still get there hands on these old stories and really enjoy the Transformers the way there. The way they should be.

Starting with the cover. I remember seeing this issue on the stands in the early 90s. I remember holding it my hands and breathlessly saying to myself, ‘Whoa!’ It implies a team up between Cobra and the Decepticons. I have thought about this cover a lot over the years and wondered why they never made a counterpart to it with Optimus Prime holding Duke. Perhaps I’ll learn as I continue to read through this series. 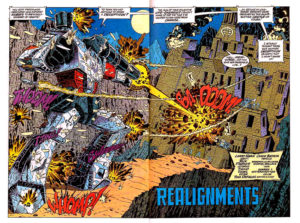 The art of this issue is fucking beautiful. Just inside the book, you have a two-page spread of Megatron attacking the Cobra castle. It’s just beautiful. I’m officially a fan of the artist, Chris Batista now. His renderings of Megatron’s old and new forms left me speechless. Get your hands on a copy of this book because the images I’m sharing with you on here do not do his work justice.

Props to long time G.I. Joe writer Larry Hama, also. The man captured the personality and attitude of Megatron perfectly. Which is a testament to his talent as a writer. At times Mr. Hama has Megatron talking kind of like an old school robot with lines like, “I need to reconfigure for optimum efficiency!  Anthropomorphic dexterity and mobility…” I know this is not normal for Megatron to say, but damn if I didn’t eat it up with the eagerness of a kid waking up early on Saturday morning to watch his favorite cartoon with a bowl of cereal in his lap. 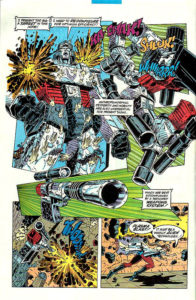 Oh, I almost forgot. Megatron Transformers in this book! This might seem like a stupid thing to point out, but keep in mind that Megatron didn’t Transform into a gun very often in the original 80’s comic book run. In the current IDW run of comics that I’ve been reading since June for the TransMissions podcast, Transforming rarely happens and is even more rarely shown. (The book is fucking called ‘Transformers’, IDW!) This was just awesome. We got to see Megatron not only transformers into his gun altmode, but we got to see him in his new Tank alt mode.

I loved how Megatron is able to detect that Dr. Mindbender was alive. Between this, and the robotic speech that he’s talking with now is a lot of why I loved this issue. Much like how I love the ‘Man of Iron‘ G1 story line where we get to see the world for some panels through the eyes of Transformers, I found Megatron’s speech helped immerse me more into the story.

I also want to point out that in this issue the Baroness and Destro travel to Cobra Island, which I believe is where the first G.I. Joe cross over happeend. However, that cross over never became G.I. Joe Cannon.

I’m very eager to hear whateverone else thinks of this issue. Did you enjoy it as much as I did? Did you like the art as much as I do? I’m eager to chat about it so please leave a comment below.