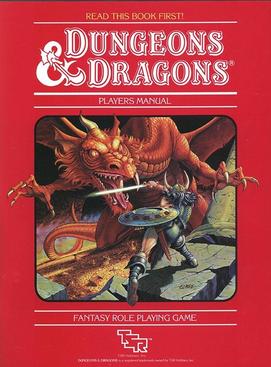 Livio Ramondelli, in my option, has quite the knack for drawing dragons. Because of this, he was the perfect choice to homage the iconic Larry Elmore art found on the original Dungeons & Dragons Redbox while giving it a touch of Transformers. As you can see from the images, I asked Mr. Ramondellie to replace the fighter in the original piece with the G1 Transformer, Grimlock. I also asked for some of the treasure items found on the cover to be replaced with items from the Transformers mythology. The end result that I picked up from Emerald City Comic Con this year was amazing! It turned out better than I imagined. I’m over the moon to have a Ramondelli piece with a dragon.

I first met Livio Ramondelli in 2014 at Emerald City Comic Con. He was the first artist I ever bought an original piece of art from. He’s also the first artist I ever bought a commission from. It’s because of the time and care that Mr. Ramondelli took educating me on how commissioning artists works that I continue to enjoy the hobby of commissioning sketch covers from different artists to this day.

Below is a transcription of the above video interview with comic book artist, Livio Ramondelli.

Yoshi: Dude, I’m absolutely convinced that sketch covers are… haven’t reached their full potential yet. I think they can only go up from this particular phase.

Livio Ramondellie: I think so. I mean we’re starting to see more and more people request thinks on a sketch cover. As opposed to a regular book or a regular like sheet of paper. So I do think… They’re differently popular, but they could defiantly get bigger for sure.

Yoshi: I feel like, and let me get my idea out here, but I feel like they are the only thing making a comic book collectible right now.

Yoshi: It seems like about ten years ago. My theory is… about ten years ago or so Marvel and DC, the big guys, said, you know, all these second market books are selling for hundreds of not thousands of dollars. We gotta get in on that. And thus we are now flooded with trades. Every six to eight issues we get a trade. You know, the books don’t have a chance to make any money. Then you get a sketch cover done and this is a unique piece that’s actually worth something. That’s cool for a collector. You know aside from buying pages this is the next best thing. 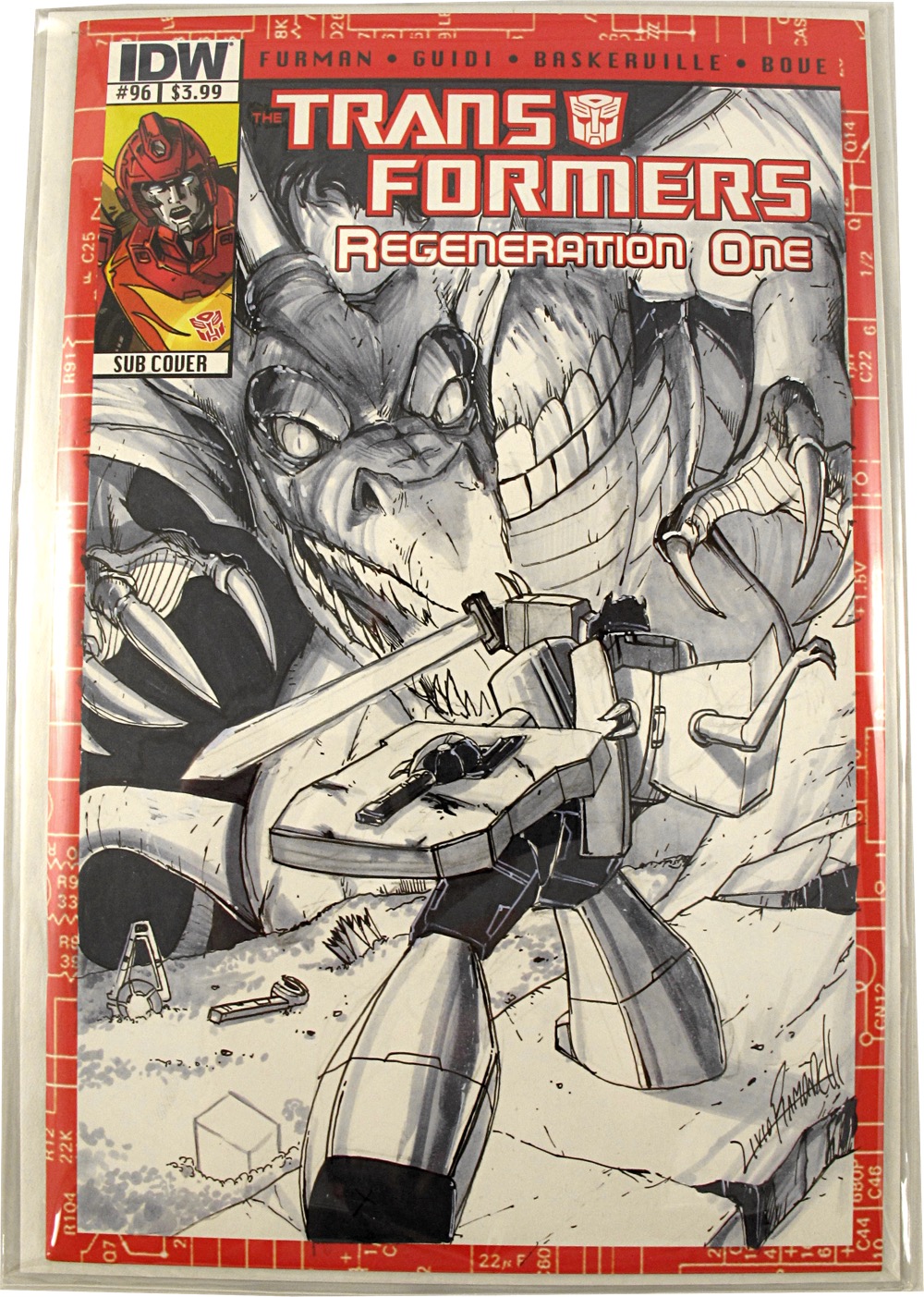 Yoshi: So this is the piece Mr. Ramondelli did for me. And this is homaging the Redbox from Dungeons & Dragons 1983, I think it was. And, you rocked this sir. I wanted you to do this for the longest time.

Livio: Oh, thank you so much, man.

Yoshi: Because you are excellent at dragons. You don’t get to work on them enough. 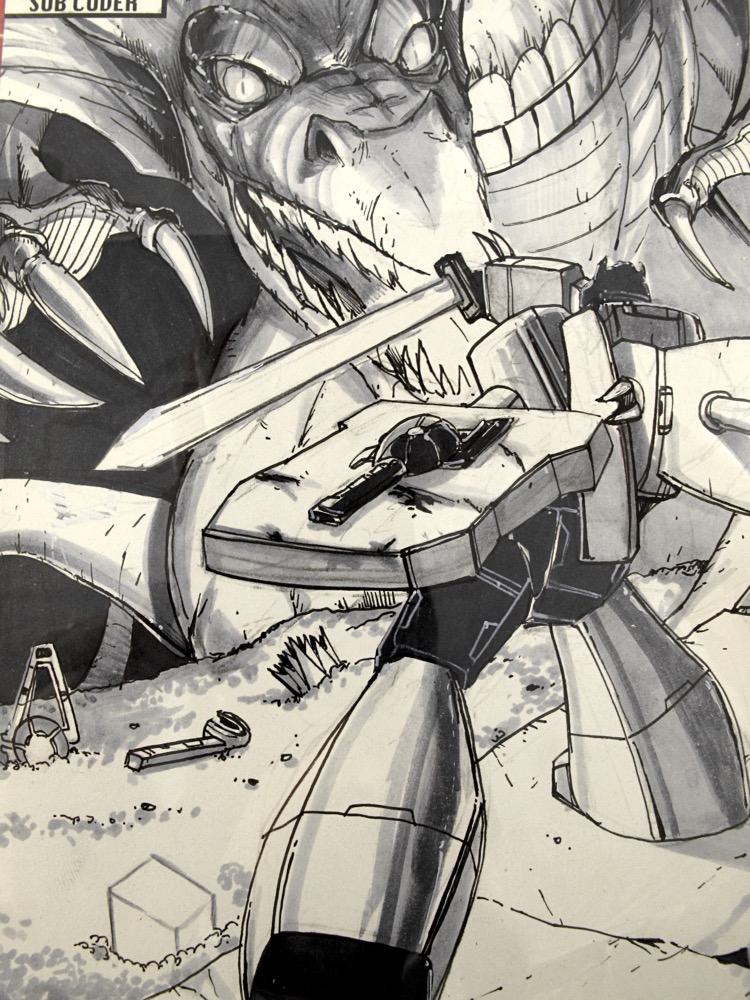 Yoshi: You replaced the fighter for me with Grimlock, and some of the treasure items from certain aspects of the Transformers mythos.

Yoshi: So, that just turned out awesome.

Livio: Thank you. I really appreciate it.

Yoshi: I couldn’t be happy with this. Now you flashed up some of your art for me earlier that you’re working on. Torsos. Full body shots.

Yoshi: These are conducive to normal sketch covers I see.

Yoshi: Now, in the sketch covers I’ve gotten done this is typical of what I see from people who do commissions at cons.

Yoshi: This is not typical.

Livio: Yeah. That’s true. That is defiantly not typical. 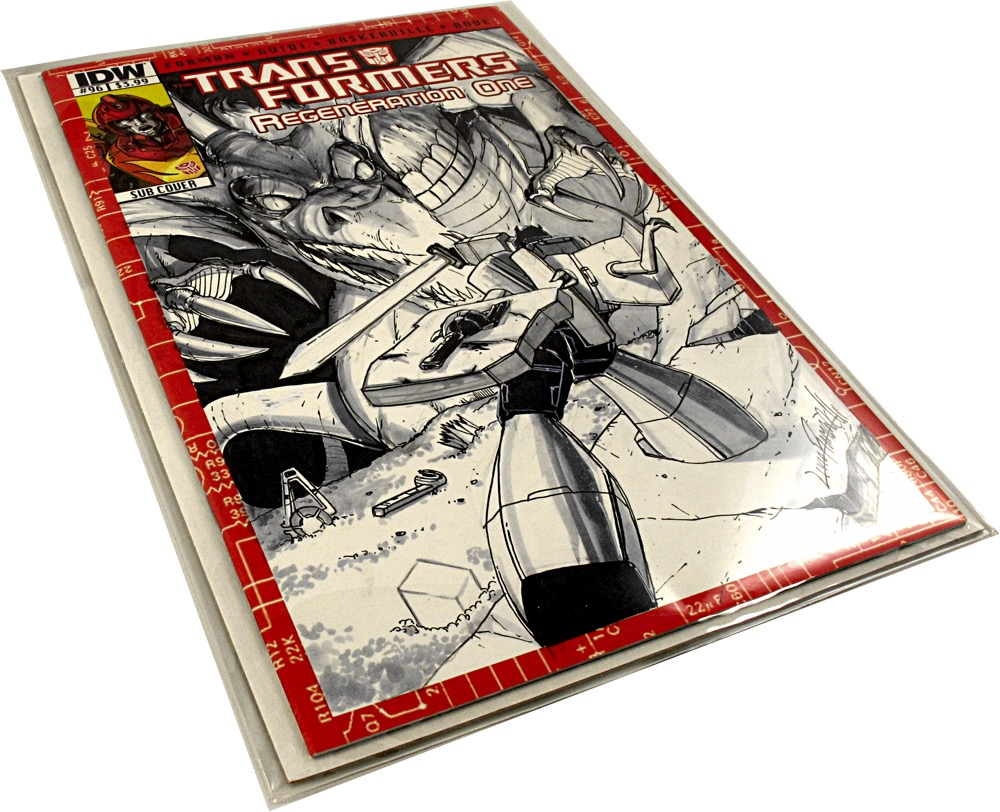 Yoshi: I think you’re too polite to do it. But I think most people would say, “I don’t have time to do this at a convention.”

Livio: It’s like your way is perfect. Hit someone up ahead of time. Pick up the commission at the show. For super elaborate that’s great. Like, everyone wins on that one.

Yoshi: So yeah, let’s talk about that one a little bit. I hit you up well before the show as soon as I knew you were going.

Livio: It was perfect. Yeah, you knew exactly what you wanted. You sent reference shots. That was awesome.

Yoshi: Be an asshole.

Yoshi: What did I do wrong. What would you’ve preferred?

Livio: You, no. I mean you did it perfectly, man. Yeah. I mean there’s really nothing I would have done differently.

Livio: I mean like, occasionally, if you have an artist who they just don’t fee like drawing something. Which that wasn’t the case here. It’s not personal, but like that happens. An artist just doesn’t feel like drawing someone.

Livio: But the one thing I was going to say about sketch covers is. If you’re requesting an artist to draw on them. Um, take a lot of attention… Notice where the logo is and how much space it takes up because sometimes a logo takes up almost half a sketch cover occasionally.

Livio: So, if that’s the case and someone walks up and wants a full figure, you know, Falcon from Avengers with the wing span, that figure is going to be like this big. So that kind of thing really has to be thought of because a lot of people would just be like, “Can I have the Hulk fighting Juggernot full figure?” And I mean it’s hard to fit that stuff on and still make it look good unless you want just minute sorta figures. 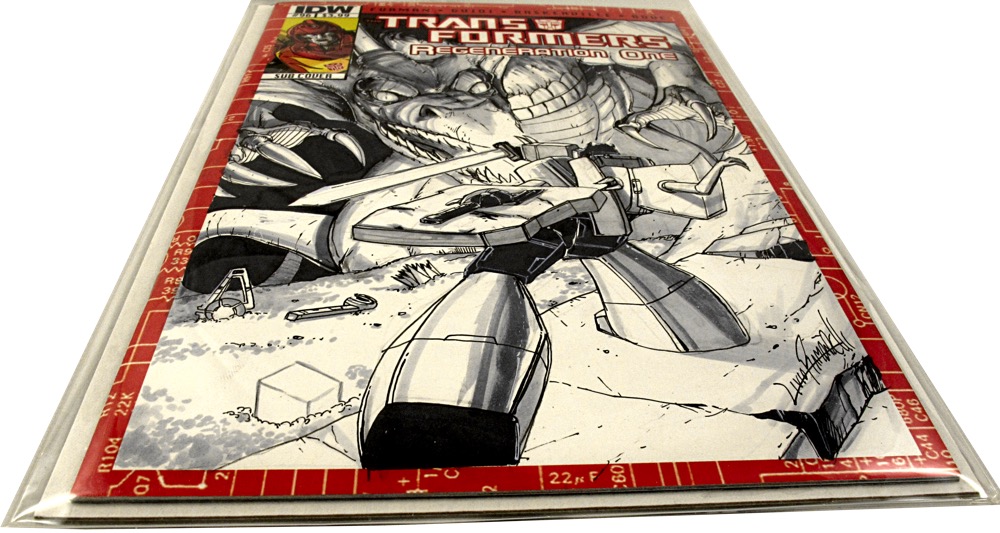 Yoshi: Right. I will point out that some sketch covers are front and back. I’m kinda screwed in that respects for my G1 love that all they got are front covers. There are clean sketch covers… I wouldn’t call this one clean… But there are clean ones where you can really utilize all the space.

Yoshi: Now, for a head shot, a torso shot can we talk about what you charge?

Livio: Yeah. Yeah. A head shot is $30. The torso is $60. Then full figures run $100 to $120 depending on the figure and how much space. You know, I feel bad charging someone more if they are getting a real… not that much drawing room.

Yoshi: Now, I would assume something this nuts this is an on come basis.

Livio: You wanted not only two figures you wanted one huge figure, and environment, basically filling in every inch of the cover.

Livio: So with something like that its case by case and prices very across the board.

Yoshi: Well I couldn’t be happy with this. It turned out awesome.

Yoshi: Any advice for anyone else that’s that might want sketch covers. I think we hit the key points.

Livio: I would say just think about the board and logo with your request.

Yoshi: It seems like submitting too much information isn’t a problem.

Livio: No, I mean the more the better. The thing I would say is don’t micromanage the artist. It’s fine to say everything you want up front. Like what you do is perfect. But once their drawing, I wouldn’t hang around and be like, “Hey can you change that.” You know like… know one likes that.

Yoshi: That’s an excellent point. And I think having worked in the graphics industry for a blink of an eye, I kinda know that so I guess that’s why I didn’t follow up with anything.

Livio: Right. And you were perfect. You defiantly knew what you wanted. It was spot on.

Yoshi: Well, it’s like, I know what I want and I know your style. So I knew in my head this was going to be the result.

Livio: Whats good with yours too was that you knew that would fit that space. That’s a busy commission, but it fits the space. Like I didn’t have to cram anything in.

Livio: The composition of the original piece lends itself to that.

Yoshi: No. Yeah, I like how the dragons defiantly it. We’re just seeing a window of what’s about to go down.

Yoshi: So. for anybody that wants to do a commission with you, be it a bust or it more elaborate, how do we find you.

Yoshi: Thank you so much man, I really, really, appreciate it.

Yoshi: It was good seeing you again.

Livio: You too, man.