With the momentum from the last issue driving me, I’m ready to tear into this one. I’m eager for more Chris Batista art and Larry Hama’s words. So let’s bust this bad boy open and see what we got. But before I dive into this review. let’s first check out this cover art. 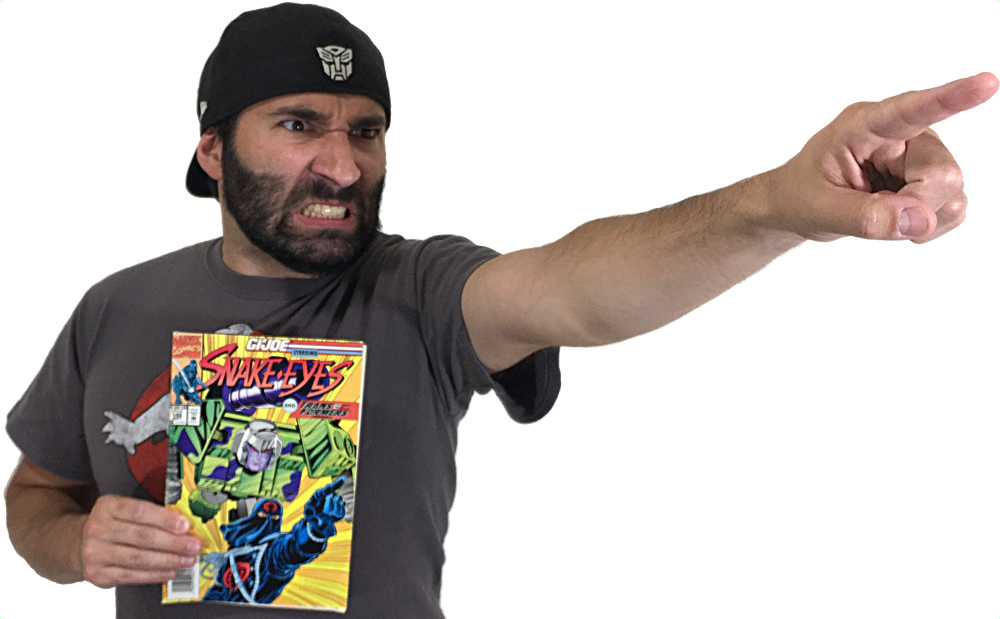 This cover, like the last one, is awesome! Cobra Commander looks in charge here. He appears to be directing Megatron where to attack. The whole cover with its lines and yellow background gives a great sense of motion, speed, and urgency. This is a better representation of the G2 Megatron’s action figure than in the last issue. I assume it hadn’t quite hit the store shelves yet and that Chris Batista had gotten some better references this go around or just worked out some kinks with the G2 design. Regardless, it looks awesome. Cobra Commander also looks fantastic. This kind of art is what’s going to make me try and collect the original G.I. Joe Run. 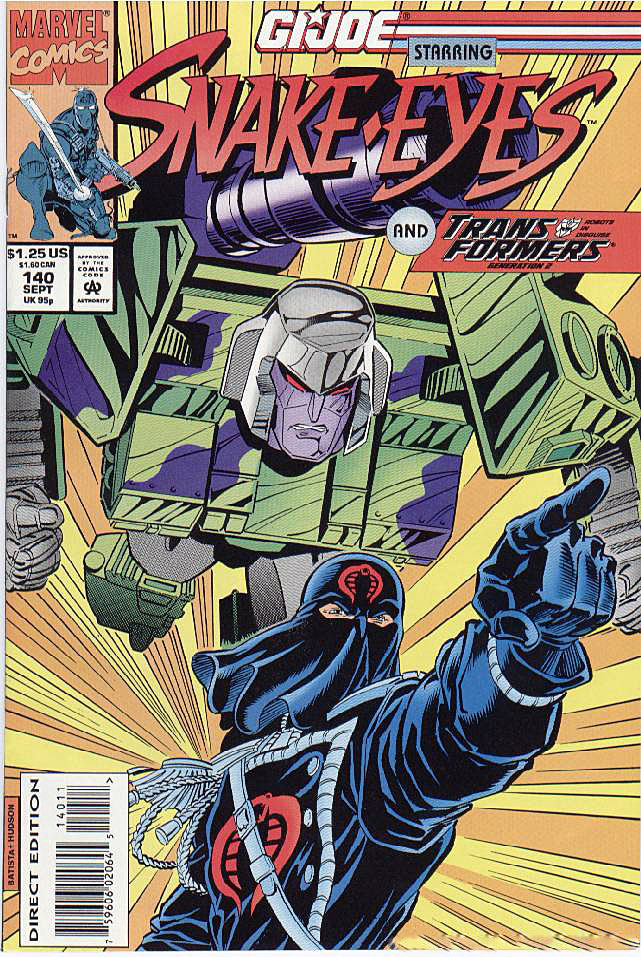 This issue opens up in Canada with the Cobra task-force and Megatron arriving at a hillock. The hillock itself is hiding the Cybertonian Ark that incredibly rises from the ground using tech that astonishes Dr. Biggles-Jones. Cobra’s Slice and dice wonder if she is even up for the challenge of reverse engineering all the Cybertronian tech. Scarlett comments that she won’t have to because soon Cobra Commander will have Doctor Mindbender back. 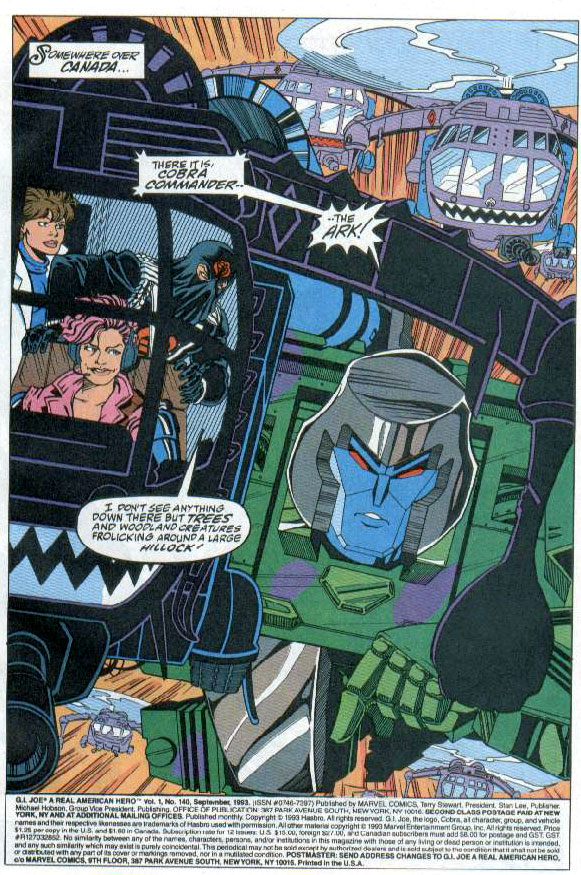 The story turns here to Destro, The Baroness, and Zartan who infiltrate and gain control of the castle back. It was an elaborate and well-executed sequence.

Returning from Canada, the Cobra task-force and Megatron arrive at the small town of Milleville. Megatron questions the location only to find out that Cobra Commander has all the citizens of Milleville under mind control. After he explains this, a baker fights the mind control. This results in struggle resulting in Mindbender’s tube breaking open and his becoming conscious. Mindbender is interested that Cobra has a Decepticon on their side.

Somewhere outside of Milleville, Spirit’s eagle returns to report that Cobra is approaching the small town. G.I. Joe is there, staking it out based on some intel from a D.O.D agent inside of Cobra. To gather more intel the Joes send in a team through the sewers. Snake-Eyes makes his way to the hospital to check on Scarlett. As he arrives he hears Biggles-Jones talking to Scarlett. The Doctor knows Scarlett is still loyal to G.I. Joe. 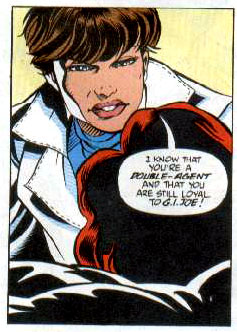 The Joes in the sewer make their way close enough to see Megatron transformed into his tank alt mode. Hawk contacts Mainframe, who transmits a message to a particular sector of the galaxy. The message is received on Cybertron by Bumblebee and Optimus Prime.

The best part of this issue was the cover. I really hate to say it, but after the cover, everything seems to go downhill.

For me, the biggest question is: What happened to the art? It feels Chris Batista phoned it in. The bar was set for me with issue 138 (Andrew Wildman) and definitely issue 139 (Chris Batista). What happened?

With the art falling short, I found myself hoping the writing would save me. It didn’t. If you remove the several corny parts, it makes for a passable issue. I guess they can’t all be gems. I’m seriously bummed. 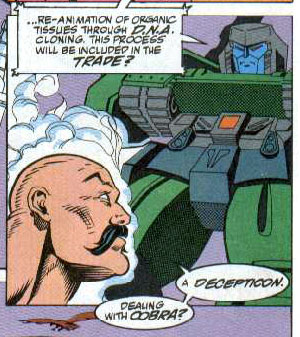 Some parts were neat though. I liked how they talked about how the Ark was able to self-repair. Much like how they talked about Megatron’s internal repair systems in the last issue. It’s not a new concept in the world of Transformers. It just feels so rarely touched on that when they do, I feel all giddy about it.