In 2001, I found myself living in Oak Harbor, Washington with a good friend and roommate, Brannon. We were just two poor guys simply working for the weekend and enjoy the time we had with our friends and playing music. We were each involved in our own band and both had a decent following for the town we lived in.

When we weren’t working or practicing music the two of us would watch movies a lot of the time. I could tell you a funny story of when we both saw ‘The Ring’ for the first time,

As you could imagine after a while our lives turned into a routine and got very dull because we were both so broke most of the time. 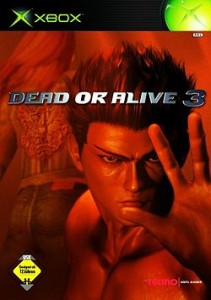 So what were two poor guys to in order to break up the monotony of our everyday lives? At some point in 2001, I got to play a copy of Dead or Alive 3 at a friends house and I absolutely fell in love with that game. Not since the original Quake had a video game gripped me so completely and took over my every free thought.

The game’s graphics were amazingly sharp. The fighting was lighting fast. The fastest I have seen in any video game ever or since. But most importantly it was fun. One didn’t need to know what every single button on the controller did to be able to control your character and win a game. Of course knowing what the buttons did does help, but a novice at the time could pick up a controller, quickly figure things out and win their first game. 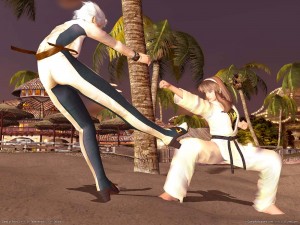 Video games were often a topic of discussion between Brannon and I. He read issues of gaming magazines and I would read about games online. We would often talk about new games that were coming out or talk about game reviews each other had read.

So, it is understandable that by October/November of 2001 we were both lusting after an Xbox and the newly released Dead Or Alive 3. This was compounded by the fact that Blockbuster Video at the time was running a special. Something like, buy a Microsoft Xbox and get a second controller free, or something like that.

At the time, and still to this day, I have not been a fan of Microsoft. I was not sure how I was going to justify to myself buying a Microsoft console. It was not like Dead Or Alive 3 was available for the PlayStation 2. I did some more reading and learned that Microsoft was losing money on every Xbox unit they sold. That’s right. Microsoft was charging less for the Xbox console then it cost them to make it. So by buying an Xbox, Microsoft was not making any money off of me. So how were they making money? On the games. They sold developers tools for building games that would run on the Xbox and Microsoft made some money on every copy of Xbox games sold because they had been built using their tools. I had read that the developers of Dead Or Alive did not use Microsoft’s proprietary development tools to build the Dead Or Alive game. Rather, they used their own tools to make the game. This cut Microsoft out of any revenue from this game. In doing this, in buying a console and game that Microsoft would not benefit from, I felt a little less like a hypocrite for buying an Xbox and Dead Or Alive.

Back to the main story. 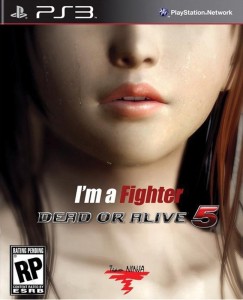 Together one Friday, Brannon and I pulled our limited resources together, drove to Blockbuster to purchased an Xbox with the extra free controller and a copy of Dead Or Alive 3. We brought the console home, hooked everything up and proceed to spend the whole weekend taking turns playing through story mode and playing against each other in this virtual hand to hand combat fighter. Save for driving out to Jack In the Box for food, I don’t believe either of us left the apartment that entire weekend. Friends would come and go throughout the weekend and find the two of us sitting in the exact same spot. Time well spent if you ask me. Even if Brannon kicked my ass whole damn time. I can’t help but think that is a testament to how good a game is. That it does not matter how much you win or lose. You still enjoy playing it. 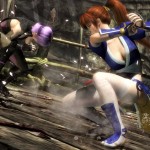 Now, eleven years later (My God, Really?!?) and new Dead or Alive has been released. Dead Or Alive 5. This time, I got it for the PlayStation 3. The graphics are better. The levels are more detailed. But everything I loved about the game so many years ago has remained the same. It has one of the best training tutorials I have ever used in a video game. I am really having a blast with this.