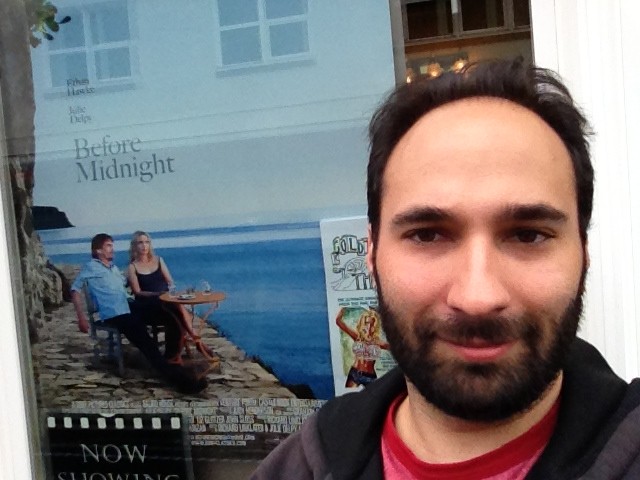 Before Sunrise and Before Sunset have been two of my favorite movies. I was thrilled when I found out Ethan Hawk and Julie Delpy where working on a third film together, Before Midnight. When the film came to Juneau I dragged my wife to see it with me. She is not the biggest fan of these movies. In fact, it seems like anyone I have ever spoken with about this film and who really likes it are guys. Which to me always seemed odd since I would classify it as a chick flick.

I really liked the film and it takes the characters that Hawk and Delpy created and grew them.

Its not as well known but the characters of Jesse and Celine appear in the movie ‘Waking Life‘ which shows a short and different outcome for the characters after Before Sunrise. I would consider and alternate timeline or even a dream story.