It took 73 days to find out if IDW Publishing had taken any action against comic book writer, Aubrey Sitterson, after his trolling comments on Twitter last September 11th. 73 days of waiting. 73 days of wondering if IDW was supporting, Sitterson, or if they were just buying time to quietly let him go. 73 days of hoping that IDW Publishing would do something to make me believe they were good guys and not just totally in it for the money. 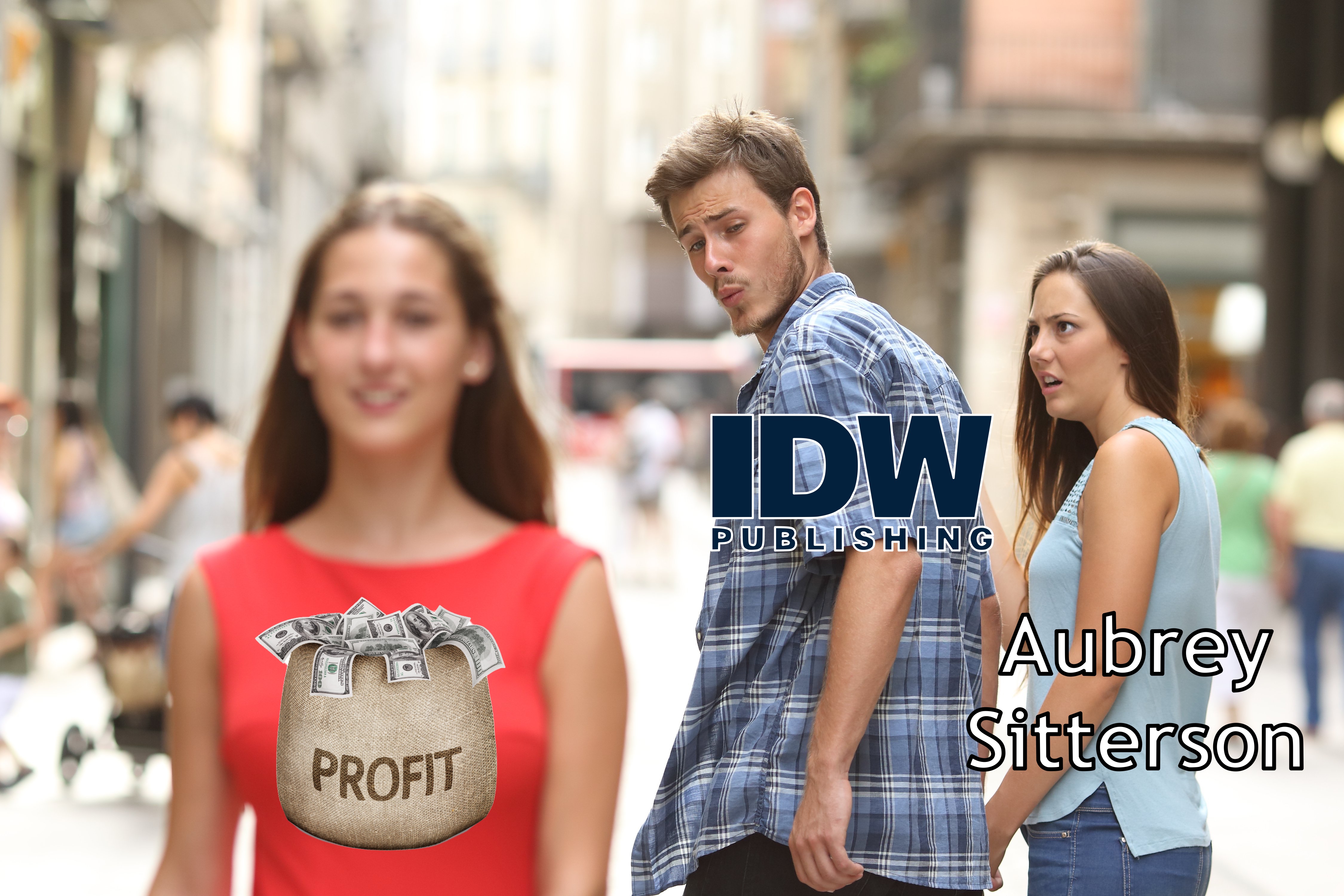 On November 23, Sitterson, gave an interview with Bleeding Cool where he announced that his comic book G.I. JOE: SCARLETT’s STRIKE FORCE was canceled even before the first issue landed on store shelves.

“Outside of social media, this is actually the first promotion I’ve done for the book in more than two months. When everything went down in September, IDW told me that if I wanted to stay on the book, I couldn’t do interviews or anything to promote it, and IDW PR even shut down a podcast interview I lined up,” Sitterson told Bleeding Cool. “Folks were really mad and IDW said they didn’t want me rubbing it in people’s faces that I still had a job, so there were a few weeks where I wasn’t allowed to even mention Scarlett’s Strike Force or the First Strike issues that were coming out at the time. (Link) 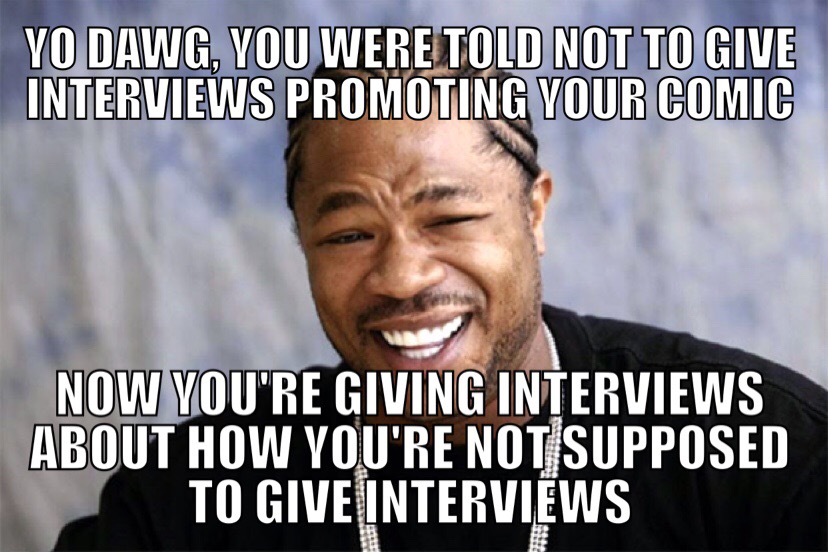 Sitterson’s comments to Bleeding Cool come off as little shady now that I’ve had a few days to think about them. For one, it’s very one-sided with the ‘Woe as me’ stance of his wording. Another, he conducts this interview during a holiday weekend where IDW’s staff is not in a position to publicly reply. It’s like it was planned this way when you review his twitter feed over that weekend. It’s bursting tweets of support as well as him pushing items for sale off his own personal website.

Still, I have to ask myself. Why would IDW tell Sitterson not to promote his own book? Is it because IDW knows people have been hurt by his 9/11 comments and they want him to lay low so time can heal the wounds he caused? Is it because Sitterson wasn’t or wouldn’t go along with the IDW’s established marketing plan for the new titles? Or is it simply that IDW wanted the book to fail so they could easily let Sitterson go from the only gig he has at IDW? The latter being a theory Sitterson isn’t directly saying, but also not refuting when his fans bring up the suggestion. A very troll like act from a professional internet troll.

So here is my thinking.

Last September 11th, Sitterson posts a horrible tweet and upsets a great many people. Hasbro and IDW might have responded by telling Sitterson to quit fanning the flames and just follow the promotional plan that’s already been agreed upon for all the new Hasbro/IDW books coming out. But Sitterson, I assume, wants to use this energy he’s got going on social media to really push his new book, but IDW says that if you can follow the program everyone else is following then we don’t want you talking about the book at all.

Sitterson remains quiet waiting and planning for the day he’s going to be told that his new book is canceled. When he gets this information he knows there is not much IDW can now do to him so he waits for the start of the weekend to give a pity party interview with Bleeding Cool. And just like the September 11th tweet, he’s stirring the pot of the fandom to sell stuff off his personal website.

It’s not until the evening of Sunday, November 26th, A full three days later, that we finally hear from IDW Publishing, via their Editor-in-Chief, Chris Ryall. He went on Twitter to respond to some user’s outcry over the canceling of Sittersons’ book.

Incorrect. We stood by the writer at the time and kept the book going but sales couldn't sustain it. We then relaunched a new series with the same writer. Unfortunately, sales aren't there. Do not let any false narratives confuse this fact. https://t.co/kK5AfRLk59

“We stood by the writer (Sitterson) at the time and kept the book (G.I. Joe) going but sales couldn’t sustain it. We then relaunched a new series (Scarlett’s Strike Force) with the same writer. Unfortunately, sales aren’t there. Do not let any false narratives confuse this fact.” (Link)

It is odd that our lack of judgment and our show of support for the writer at that time and our launching of a new series with the same writer is being construed as anything but support. We acceded to no one then or now. https://t.co/6zESkcs0B0

“It is odd that our lack of judgment and our show of support for the writer at that time and our launching of a new series with the same writer is being construed as anything but support. We acceded to no one then or now.” (Link)

I am. There's not a lot of space on Twitter, even now, to delve into all of this. But what you're saying isn't true; the book was promoted like anything else. And FOC is never enough to save a book already in the red. https://t.co/EXbXM3pm1h

“…the book was promoted like anything else. And FOC (Final Order Cutoff) is never enough to save a book already in the red.” (Link)

I don't like to discuss business in forums like this –no proper room–but suffice it to say that publishers do not cancel brand-new licensed titles if there is a chance they will make both companies money. FOC would not affect this. https://t.co/NA08BixZt5

“…publishers do not cancel brand-new licensed titles if there is a chance they will make both companies money. FOC would not affect this.” (Link)

It’s nice to see someone from IDW finally responding to this issue. Unfortunately, it’s a weak response. Addressing several issues in a hand full of tweets falls well short of what IDW should have done. The publishing company had an opportunity at the start off the week by retaking control of the narrative and addressing everyone’s concerns in a blog post. But they didn’t do that. It could be they are worried about drawing any more attention to Sitterson and the damage he’s caused the publisher and the brand. Or maybe IDW is just ill-equippedd to handle this kind of issue. In their defense, it’s not like IDW has had to deal with people like Sitterson before. 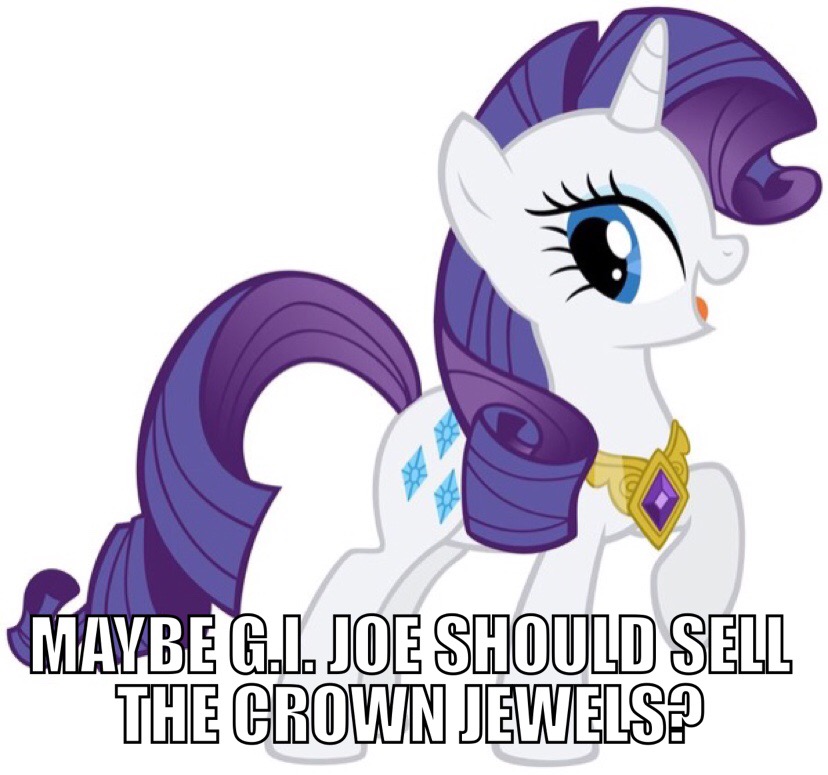 At the end of these 73 days I’m left feeling disappointed in IDW more than anything else. Recently we’ve seen Google fire an employee for writing an anti-diversity memo without hesitation, but Sitterson publicly offends and trolls 9/11 mourners and IDW does nothing. And why? Because his book might sell well? It doesn’t take a genius to know it was going to underperform. Look how bad the sales were falling on Sitterson’s last G.I. Joe book, or to see that he’s gone out of his way to piss off the G.I. Joe community.

Talk to us IDW! We want to buy your books. We want to support your projects. But you’re making it really difficult too. What have you learned from this cluster fuck? How will you handle it in the future? Please, just be a little more transparent IDW.